Self-Disclosure, the Public Disclosure Bar and the FCA – Uncertainty, Circuit by Circuit

Written by David B. Honig and Ritu Kaur Cooper.

On February 3, 2015, the Fourth Circuit Court of Appeals ruled that disclosures to the public officials responsible for managing the subject of a False Claims Act lawsuit did not qualify as “public disclosures” for the purpose of the FCA’s public disclosure bar. US ex rel. Wilson v. Graham County Soil And Water Conservation Dist. In so ruling, the Fourth Circuit expressly rejected the Seventh Circuit’s ruling that such disclosures meet the bar as defined in the statute. This means that whether a report to a government oversight official is a public disclosure depends, for the time being at least, upon the location of the events in question.

The defendants, soil and water conservation districts in North Carolina’s Graham and Cherokee counties, entered into Cooperative Agreements with the National Resources Conservation Service for participation in the Emergency Watershed Protection Program for storm relief. The NRCS is a subdivision of the U.S. Department of Agriculture.

Graham County Soil & Water Conservation District was audited by county auditors, who reported program violations to several entities, including the USDA. The relator, unsatisfied with the audit results, made a written statement to a USDA Special Agent, who completed a Report of Investigation concluding additional program violations. That report was distributed to certain state and federal law enforcement agencies but was not to be further distributed “without prior clearance from the Office of Inspector General, USDA.”

The relator filed a qui tam lawsuit. The Defendants moved to dismiss the action, arguing the relator’s claim was based upon a “public disclosure,” the county audit report and the USDA Report of Investigation.{{1}}

At the time the action was filed, the FCA stated:

No court shall have jurisdiction over an action under this section based upon the public disclosure of allegations or transactions in a criminal, civil, or administrative hearing, in a congressional, administrative, or Government Accounting Office report, hearing, audit, or investigation, or from the news media, unless the action is brought by the Attorney General or the person bringing the action is an original source of the information.{{2}}

The court found that both the county audit report and the USDA Report of Investigation qualified as audits or investigations under the controlling law. The only question, therefore, was whether they were publicly disclosed.

The Seventh Circuit considered the same question in US v Bank of Farmington (1999). In that case, the defendant bank, which learned of an error during unrelated litigation with the woman who would become the relator, disclosed that error to the federal Farmers’ Home Administration (“FmHA”). The bank separately negotiated and settled with the FmHA for the loss due to its error.

The relator filed a qui tam lawsuit under the FCA, and the bank moved to dismiss, arguing that the report to the FmHA was a qualifying public disclosure under the statute. The Court of Appeals agreed, reasoning that the purpose of a public disclosure is to bring an action to the attention of the government, “not merely to educate and enlighten the public at large about the dangers of misappropriation of tax money.”{{3}} It determined that a disclosure to a public official with the appropriate managerial responsibility over the issue at hand qualifies as a public disclosure, as that official is authorized to act on behalf of the public.

The Fourth Circuit Court of Appeals refused to follow the reasoning in Bank of Farmington. It focused not upon the public nature of the official but upon the public nature of the disclosure. That public nature, the court determined, required that the disclosure is something in the public domain and available outside the government. Otherwise, it said, the words “public disclosure” would be superfluous to the language in the statute related to reports to the government. In ruling this way, the court joined the First, Ninth, Tenth, Eleventh and D.C. Circuits. The Second, Third, Fifth, Sixth and Eighth Circuits have yet to rule on the issue.

Self-Disclosures and the Public Disclosure Bar

The government encourages its contractors to self-report when it discovers errors or overpayments. Such self-disclosures often include an audit by a government agency as part of the reporting process. As the law now stands, such a self-disclosure could also protect a contractor from a parasitic lawsuit filed by a person with knowledge about it but only in the Seventh Circuit and perhaps in the Second, Third, Fifth, Sixth and Eighth Circuits. In the other Circuits such a self-disclosure may satisfy the government oversight agency but would not bar an opportunistic whistleblower from bringing an action even if he or she only learned about it as a result of that disclosure.

Contractors, such as health care providers and suppliers, routinely make their self-disclosures to such government oversight agencies as the Office of Inspector General, the Centers for Medicare & Medicaid Services, U.S. Attorney’s office or the federal government contractor, depending on the circumstances involved in the alleged violation of the fraud and abuse laws.  According to the Fourth Circuit, none of these agencies are considered to be the public.  It is not common practice for contractors to publish press releases or the like to inform the public domain of their voluntary disclosure submission.

When determining whether to make a voluntary disclosure, contractors weigh the risks versus the benefits of disclosing.  In addition to the opportunity to avoid the costs and disruptions associated with a government-directed investigation and civil or administrative litigation, self-disclosures are motivated by the possibility of reducing FCA exposure by relying on the public disclosure bar as a potential defense.  The Fourth Circuit’s decision reiterates that contractors cannot rely on self-reporting as protection against whistleblower suits.  Protection will only be afforded if the contractor also issues some type of notice to the public domain of the self-disclosure.

One of the purposes of making a self-disclosure is to quietly resolve alleged errors, overpayments or other violations without drawing broad attention to the entity.  Now, contractors will have to reevaluate their policies and procedures related to conducting internal investigations and self-reporting.  Certainly their cost/benefit analysis will change.  Whereas in the last five years since the enactment of the Patient Protection and Affordable Care Act of 2010, many more health care providers have been making voluntary disclosure submissions, that trend may change if more Circuits adopt the holding of the Fourth Circuit.

We close with one final note of caution. Given the split between the Circuits, as well as the lack of decision in several Circuits, the law remains fluid. What appears to be permissible today in one Circuit could change before the actions get challenged by the government or a qui tam whistleblower. It could change because a Circuit Court is persuaded by a new decision or what comes to be a clear majority view, or it could change if the Supreme Court accepts a case to resolve the conflict. Therefore, it is important to have up-to-the-minute advice about what the law is, and what it might be in the future, when making these important decisions.

Should you have any questions regarding the False Claims Act or defense against whistleblower actions, please contact:

Should you have any questions regarding contracting, compliance or government advice and assistance, please contact:

[[1]]The FCA was amended in 2010 to limit public disclosures to federal reports, hearings, audits, or investigations; however, for the purpose of the pending lawsuit, the older version of the statute applied.[[1]]

The court shall dismiss an action or claim under this section, unless opposed by the Government, if substantially the same allegations or transactions as alleged in the action or claim were publicly disclosed–

(i) in a Federal criminal, civil, or administrative hearing in which the Government or its agent is a party;

(ii) in a congressional, Government Accountability Office, or other Federal report, hearing, audit, or investigation; or

(iii) from the news media,

unless the action is brought by the Attorney General or the person bringing the action is an original source of the information.[[2]] 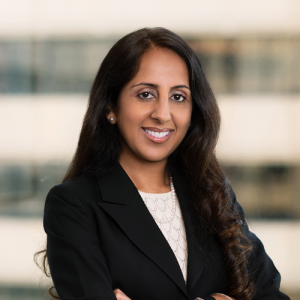