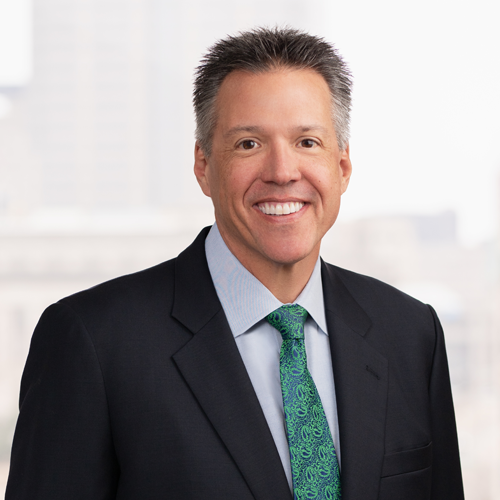 John Williams was Press Secretary for the House Committee on Government Reform and Oversight in the 1990s. He also served as the Chairman's advisor on domestic policy matters, ranging from annual appropriations and budget issues to health care, social security reform and transportation funding. In 1999, Mr. Williams joined the Aircraft Owners and Pilots Association (AOPA), a 400,000-person membership association, where he lobbied Capitol Hill to protect the interests of general aviation. While at AOPA, Mr. Williams authored numerous editorial articles for Pilot Magazine and received the AOPA President's Award for securing the organization not-for-profit status from the United States Postal Service. In addition to his lobbying duties, he directed the fundraising and donation strategy of the AOPA Political Action Committee.

Throughout his professional career, Mr. Williams has served the community in various civil and governmental positions. In 2004, he was the Director of Transition at the Indiana State Department of Health for Governor-Elect Mitch Daniels and, in 2007, served on the transition team of Mayor-Elect Greg Ballard. From 2013 to 2014, he was a member of the Marion County Convention and Recreational Facilities Authority Board of Directors and served as Chairman of the Indianapolis Public Improvement Bond Bank in 2015. In the 2016 presidential election cycle, Mr. Williams served as Indiana Finance Chairman of John Kasich for America. He currently serves on the Board of Directors of the Woodson Center, a Washington, D.C.-based nonprofit organization dedicated to developing and supporting policies and programs that promote the social and economic self-sufficiency of low-income communities. In this capacity, Mr. Williams has worked with House Speaker Paul Ryan and other members of Congress to advance anti-poverty policy initiatives on Capitol Hill.