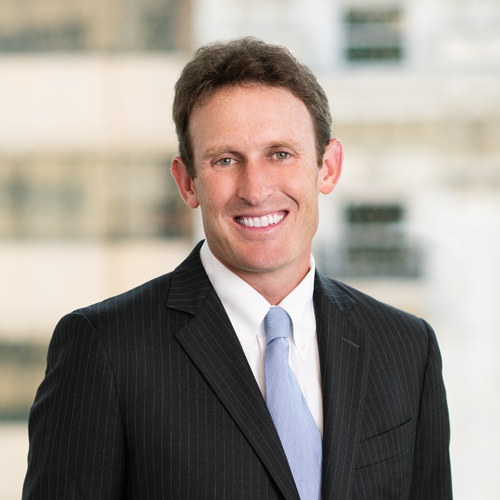 Andrew Coats has spent nearly two decades in Washington focusing on health care policy. During this time, Andrew has worked in the executive branch, the legislative branch and the private sector. Prior to joining Hall Render full time in 2017, Andrew served as Of Counsel to the firm since 2012. During that time, Andrew helped direct an effort by a nationwide coalition of health systems to make comprehensive reforms to the Stark Law. Andrew was also instrumental in advancing rural health measures in both the House and Senate and has represented various health systems on Medicare reimbursement issues before Congress and CMS.

For the past three years, Andrew has been the lead Republican lobbyist for Sandy Hook Promise, where he advocated for a comprehensive mental health reform bill in 2016. Sandy Hook Promise is composed of the parents and teachers who lost loved ones at the Sandy Hook Elementary School in December 2012. Sandy Hook led a coalition of mental health and gun safety organizations that significantly contributed to Congress passing the reform package. Andrew also represented Junior Achievement, the leading financial literacy nonprofit organization, for over five years.

Andrew represented the Partnership for Quality Home Healthcare, a coalition of the leading home health care providers. As one of the lead Republican lobbyists, Andrew worked with Congress to help prevent a home health co-pay that was included in the president’s budget. Other for-profit clients Andrew has represented include the University of Phoenix, a proprietary education company and a number of for-profit dental service organizations.

Prior to working in the private sector, Andrew was a legislative assistant for Rep. Mark Souder from Indiana. In addition to handling Medicare and Medicaid issues for Rep. Souder, Andrew was the point person for the Washington, D.C. gun rights bill, a bill that passed the House and eventually was decided on by the U.S. Supreme Court in the landmark Second Amendment case, District of Columbia v. Heller.

Before working on the Hill, Andrew worked in the Bush Administration as a congressional liaison under then Labor Department Secretary Elaine Chao. Andrew was the original point person at the Department of Labor to reverse an Occupational Safety and Health Administration rule on ergonomics. To date, this is still the only administrative rule ever overturned by Congress using the Congressional Review Act.

Prior to working for the Bush Administration, Andrew worked as a congressional liaison at the Bush Inaugural Committee and did advance work during the Bush-Cheney campaign in 2000. During college, Andrew interned for Sen. Judd Gregg (R-NH) and the NBC and Sallie Mae government relations offices.

Andrew received his law degree from Indiana University Robert H. McKinney School of Law in May of 2009. During law school, Andrew interned at Indiana University’s Office of Governmental Affairs and Engagement.