Fourth Circuit Dismisses FCA Complaint for Failure to Plead “Rigorous” Scienter Element of FCA Claim and Causal Nexus of Retaliation Claim; Whether Retaliation Can Include ‘Blacklisting’ Not Addressed

Vincoli’s suit alleged that two hospitals (collectively “the Hospitals”) knowingly submitted fraudulent cost reports that did not comply with the “Related-Party Rule.”[1]

According to Vincoli, the Hospitals provided medical care and services to their own employees through self-funded health benefits plans. The Related-Party Rule requires such hospitals to report their costs for providing care to their own employees as “related-party transactions” and to submit for Medicare reimbursement only their actual, out-of-pocket costs rather than the amount charged.[2] There is an exception to the Related-Party Rule for plans administered by a third-party administrator (“TPA”). The Hospitals’ plans were administered by a jointly owned entity, which Vincoli alleged functioned only as a plan supervisor with ministerial duties. Vincoli claimed that the Hospitals did not comply with the rule and did not qualify for its exception; therefore each cost report submitted was a false claim.

The FCA imposes liability only when a false claim is “knowingly” presented – a “rigorous” scienter element that requires “actual knowledge” of falsity “or deliberate ignorance or reckless disregard of the truth or falsity of the information” provided.[3] Vincoli argued that because the Hospitals were sophisticated entities presumed to know the law, the court could infer the element of scienter—that the Hospitals’ violation of the Related-Party Rule was “knowing.” But the Magistrate Judge, the District Court Judge and the Fourth Circuit all disagreed.

“[H]onest mistakes or incorrect claims submitted through mere negligence” are not enough to satisfy the scienter element of the FCA.[4] This is especially true when the regulation the defendant allegedly violated is ambiguous. Citing the Magistrate’s intricate analysis of the Rule, the Fourth Circuit agreed that whether the Related-Party Rule applied to the transactions in question was ambiguous, and even if it did apply, it was furthermore ambiguous whether the Hospitals’ plan administrator qualified as a TPA for purposes of the Rule’s exception.[5]

The court was careful to point out, however, that a violation of an ambiguous regulation can indeed give rise to FCA liability where, for example, a defendant is “warned away” from its interpretation of an ambiguous regulation[6]; where its employees had conversations about regulatory violations, or where it instructed its employees to ignore concerns about potential violations[7]. Finding any such allegations missing from Vincoli’s complaint, the Fourth Circuit held that the scienter element was not properly pled and dismissed the fraud claim with prejudice.

One of the defendant Hospitals employed Vincoli until 2007.   In 2011, the Hospital became aware that Vincoli was the whistleblower who filed this qui tam action against it.   Vincoli alleged that two years later, in 2013, the Hospital retaliated against him by convincing his then-current employer to terminate him.

To state a claim under the FCA’s anti-retaliation provision, an employee must show that he was retaliated against “in the terms and conditions of employment because of” protected activity undertaken in connection with a qui tam action.[8] Vincoli alleged only conclusory facts linking the Hospital’s discovery of his protected activity to his termination by a different employer two years later. Even in the absence of direct evidence of causation, however, “close temporal proximity between protected activity (or an employer’s knowledge of protected activity) and an adverse employment action may give rise to an inference of causation.”[9] Here, the two-year gap between the Hospital’s discovery and alleged retaliation did not support such an inference. Consequently, the District Court held that Vincoli failed to sufficiently allege a causal nexus between his protected activity as against one employer and his later termination by a different employer, thus dismissing his retaliation claim with prejudice. Vincoli failed to challenge this finding on appeal, and the dismissal was therefore affirmed by the Fourth Circuit.[10]

The District Court additionally held, in the alternative, that the anti-retaliation statute does not provide a remedy for retaliation by an already-former employer.[11] In other words, even if the Hospital had convinced Vincoli’s then-current employer to fire him, the statute only protected Vincoli from retaliation “in the terms and conditions of employment,” and Vincoli was no longer in the Hospital’s employ. Having already affirmed dismissal based on lack of causal nexus, however, the Fourth Circuit stated that it did not have reason to address the merits of this alternative holding challenged by Vincoli. 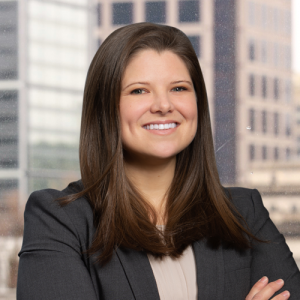