Posted on February 10, 2020 in Federal Advocacy

Surprise Billing Bonanza in the House

On February 7, two House panels released measures aimed at fixing surprise medical bills. The House Ways and Means Committee and the House Education and Labor Committee plan to vote on their bills this week. Lawmakers are trying to move quickly as they hope to include surprise billing legislation in a package that would extend funding for public health programs that expire on May 22. While there is disagreement on what mechanism should be used to settle payment disputes, there is widespread motivation in Congress to get something done on this issue ahead of the 2020 election.

The Ways and Means draft legislation proposes to resolve payment disputes for out-of-network medical care at an in-network facility, or when receiving emergency care, through a dispute resolution process. Both sides would first have 30 days to negotiate payment on their own, during which they would be required to share some information about payments to facilitate an agreement. If the parties still disagree, either party could initiate a 30-day arbitration process in which both sides would propose their last, best offer to an independent mediator. Unlike the legislation put forth by the House Energy and Commerce and Senate HELP committees where the agreement specifies that the medical bill must be over $750 to enter arbitration, the Ways and Means proposal does not set a minimum threshold. The measure would take effect starting in 2022.

By contrast, the Education and Labor Committee proposal is very similar to the House Energy and Commerce and Senate HELP proposal. Insurers would pay out-of-network providers the median in-network rate for that geographic area for amounts up to $750 and either side could request an arbitration process for larger amounts. Notably, this proposal includes mechanisms to address both air ambulance and ground ambulance surprise medical bills.

President Trump unveiled his $4.8 trillion budget proposal today requesting significant cuts to health care programs. The administration is proposing a 9 percent or $9.5 billion discretionary spending cut to HHS from the $106 billion fiscal 2020 enacted level. Additionally, the budget proposes around $770 billion in mandatory funding reductions for HHS programs over the next 10 years.

While Congress is very unlikely to adopt most of the proposals in this budget request, it is a good indicator of where the administration’s priorities stand for the next year. Of all its proposals, the administration is most optimistic about reaching a deal with Congress on prescription drug pricing. The proposal anticipates significant savings through cuts to domestic spending. The savings include $135 billion in drug pricing reform, $292 billion from adding a work requirement to welfare programs, $70 billion from reforming disability programs and $266 billion from “site neutrality” rules.

While HHS Secretary Alex Azar will testify on the budget request before the Senate Finance Committee on Thursday, it is very important to note that lawmakers aren’t expected to pass spending bills until after the November election.

Rep. Devin Nunes (R-CA) introduced H.R. 5817 to amend Title XXVII of the Public Health Service Act, the Internal Revenue Code of 1986 and the Employee Retirement Income Security Act of 1974 to require health plans to provide to participants, beneficiaries and enrollees an advanced explanation of benefits with respect to items and services scheduled to be received from providers and facilities and to amend Title XI of the Social Security Act to require health care providers and health care facilities to provide good faith estimates of the expected charges for furnishing such items and services.

Rep. Gwen Moore introduced H.R. 5816 to amend Title XXVII of the Public Health Service Act, the Internal Revenue Code of 1986, the Employee Retirement Income Security Act of 1974 and title XI of the Social Security Act to require group health plans and health insurance issuers to provide for certain coverage in the case of a change in a provider’s network status.

Rep. John Lewis (D-GA) introduced H.R. 5806 to amend Title VII of the Public Health Service Act to provide for a loan repayment program for the HIV clinical and dental workforce. 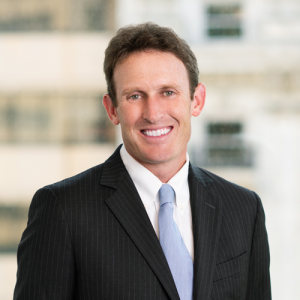