On June 14, 2019, the U.S. Department of Health and Human Services (“HHS”) published in the Federal Register a proposal to revise certain civil rights anti-discrimination regulations implementing and enforcing Section 1557 of the Affordable Care Act (“ACA”) (“Section 1557 Rule”) that HHS believes are inconsistent with pre-existing civil rights statutes and likely unlawful (“Proposed Rule”). Among the most controversial aspects of the Proposed Rule, HHS plans to walk back certain anti-discrimination protections for LGBTQ individuals and pregnant women who choose to terminate a pregnancy by limiting the Section 1557 Rule’s expanded view of what it means not to discriminate on the basis of sex to conform with the “plain meaning” of the term “sex.”[1] HHS estimates that the Proposed Rule would eliminate billions of dollars of unnecessary costs by reducing the agency’s labor and litigation costs associated with grievances brought under the Section 1557 Rule’s expanded definition of sex and by eliminating health care entities’ obligation to send patients “notice and tagline” inserts.[2]

HHS believes Section 1557 of the ACA does not require implementing regulations because it incorporates the existing civil rights framework consisting of Title VI of the Civil Rights Act of 1964, Title IX of the Education Amendments of 1972 (“Title IX”), the Age Discrimination Act of 1975 and Section 504 of the Rehabilitation Act of 1973 by making these laws’ nondiscrimination provisions applicable to certain health care programs or activities to the extent they do not already apply. Further, HHS has stated that the Section 1557 Rule exceeded its authority under the ACA and adopted “erroneous and inconsistent interpretations of civil rights law.”[3] On this basis, HHS proposes to gut significant protections for LGBTQ individuals and pregnant women finalized in the Section 1557 Rule. The Proposed Rule can be found here.

The Section 1557 Rule, finalized on May 18, 2016 and effective on July 18, 2016,[4] prohibits discrimination on the basis of race, color, national origin, disability, age and sex by any health program or activity receiving federal financial assistance (“Covered Entities”). The Section 1557 Rule specified that “sex discrimination” included discrimination based on: (i) an individual’s sex; (ii) pregnancy, including termination of a pregnancy, childbirth and related medical conditions; (iii) gender identity; and (iv) sex stereotyping.

In August, 2016, five states and three religiously affiliated health care entities filed suit in the U.S. District Court for the Northern District of Texas challenging the Section 1557 Rule. The Plaintiffs in Franciscan Alliance v. Azar[5] argued that HHS’s interpretation of “sex discrimination” to include discrimination based on gender identity and termination of pregnancy would violate the Plaintiffs’ religious freedom and impact medical judgment. On December 31, 2016, the Court held that the Section 1557 Rule’s gender identity and termination of pregnancy provisions violated the Administrative Procedures Act, Title IX and the Religious Freedom Restoration Act. The Court issued a nationwide preliminary injunction barring HHS from enforcing the prohibition against sex discrimination based on gender identity, sex stereotyping and termination of pregnancy.[6]

The injunction remains in place though the Franciscan Alliance Court never issued a decision on the merits of the case. The Trump administration has asked the Court to stay the proceedings until the Proposed Rule is finalized.[7]

The comment period for this Proposed Rule ended on August 13, 2019. More than 130,000 comments were submitted, many of them critical of the proposed changes.[12] Commenters included the American Medical Association, the American Hospital Association, a coalition of 22 state Attorneys General, America’s Essential Hospitals and the Association for Community Affiliated Plans, all of whom opposed the Proposed Rule that would eliminate vital anti-discrimination protections.[13]

Given the opposition to the Proposed Rule voiced by important stakeholders, it is uncertain whether the Proposed Rule will be finalized as is. Notwithstanding, health care providers should prepare for what a walk-back of anti-discrimination protections might mean for certain vulnerable patient populations, including pregnant women and LGBTQ individuals. Specifically, providers may face:

Hall Render will follow any developments on the Section 1557 Rule and provide future updates.

[1] HHS Office of Civil Rights Director Roger Severino stated: “’When Congress prohibited sex discrimination, it did so according to the plain meaning of the term, and we are making our regulations conform… The American people want vigorous protection of civil rights and faithfulness to the text of the laws passed by their representatives… The proposed rule would accomplish both goals.’” HHS Proposes to Revise ACA Section 1557 Rule to Enforce Civil Rights in Healthcare, Conform to Law, and Eliminate Billions in Unnecessary Costs (May 24, 2019) found at: https://www.hhs.gov/about/news/2019/05/24/hhs-proposes-to-revise-aca-section-1557-rule.html.

[2] The current Section 1557 rule requires Covered Entities to provide “notice and tagline” inserts in numerous foreign languages. The Proposed Rule eliminates this requirement with respect to languages that have not been shown to accomplish their intended goal of ensuring non-English speakers receive information in a language they understand. 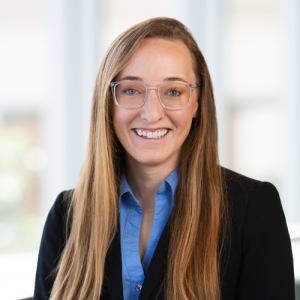