Social Club for Male Executives Does Not Violate Title VII

Posted on August 8, 2019 in HR Insights for Health Care

A federal district court in Nashville, TN has entered a summary judgment dismissal of a former Human Resources Director’s discrimination and retaliation claims. The case is significant because it explores the line between offensive social conduct that does not violate Title VII and adverse employment action that does.

Marie Hasting’s lawsuit asserted that Title VII of the Civil Rights Act was violated because: (1) her supervisor would walk by her without saying “good morning”; (2) she was excluded from a social club who regularly ate lunch together; and (3) she was retaliated against for complaining about it. She asserted that her employer, First Community Mortgage, had a sexist workplace culture that was recognized and permitted by management and that her supervisor commented that the company’s website was “very white and all men” and told her to “add color and more women to the staff.”

The claimed retaliation consisted of several events. After Hasting told her supervisor, CEO Keith Canter, that she felt he was treating her differently than other employees, the company’s president, Philip Carlton, was assigned to be her supervisor. Later, her office was moved upstairs against her wishes, bonuses were removed and she was promoted without an increase in compensation. Finally, Carlton made negative comments in her performance evaluation after he perceived that she “threw him under the bus” at an executive meeting. Following that evaluation, Hastings resigned because she felt she could trust Carlton no longer.

Even if Canter didn’t greet her “good morning,” and even if the social club existed and excluded females, the court found that Title VII was not violated. “[Hasting] testified that not being invited to lunch with the other managers did not impact her job performance but made her feel like she was not part of the team,” the judge stated. “Plaintiff admits she did not ask to join these lunches.” After pointing out that adverse employment actions include “firing, failing to promote, reassignment with significantly different responsibilities, or a decision causing a significant change in benefits,” the court stated that the actions alleged by Hasting, “while perhaps understandably dispiriting and frustrating for plaintiff, do not rise to the level of an ‘adverse employment action.'”

In response to Hasting’s claim that she was “harmed by the Club because she found it repugnant and a direct affront to her gender,” the court stated: “Although Plaintiff has not alleged a hostile work environment claim, case law related to that theory of liability observes pertinently that Title VII ‘is not a general civility code for the American workplace.’” Addressing Hasting’s comment that she found the instruction to add color and women to the staff to be personally offensive, the judge stated: “The court will not second-guess plaintiff’s personal view as to whether these comments were offensive to her. But it will say that these comments are indicative of a desire to recruit, hire, and maintain — rather than take adverse employment action against — …diverse persons. In any event, these comments do not amount to an adverse employment action under Title VII.”

The following facts were considered in deciding that there had been no retaliation:

The court concluded: “Plaintiff has not demonstrated that, as required for a retaliation claim, this challenged employer action ‘well might have dissuaded a reasonable worker from making or supporting a charge of discrimination.’”

If you have any questions or would like more information on this topic, please contact Mark Sabey at (303) 801-3538 or marksabey@hallrender.com or your regular Hall Render attorney. 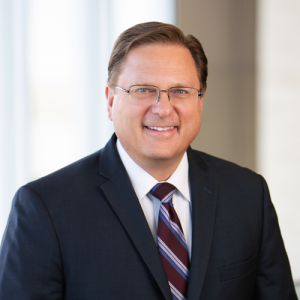