Seventh Circuit: Obesity Alone Is Not Protected Under the ADA

On June 12, 2019, the United States Court of Appeals for the Seventh Circuit joined the Second, Sixth and Eighth Circuits in determining that without evidence of an underlying physiological disorder, a plaintiff’s weight does not qualify as a disability under the Americans with Disabilities Act (“ADA”).

In the Seventh Circuit case Richardson v. Chicago Transit Authority, the plaintiff, a bus driver weighing over 550 pounds and suffering from high blood pressure and sleep apnea, claimed that his employer fired him because of his obesity. However, his employer argued that the plaintiff exceeded the weight requirement to operate the bus safely and therefore had a legitimate reason for its employment decision.

“Without evidence that [plaintiff’s] extreme obesity was caused by a physiological disorder or condition, his obesity is not a physical impairment under the plain language of the EEOC regulation,” the three-judge panel said, declining the plaintiff’s argument that amendments made by Congress to the ADA in 2008 relaxed the standard for what qualifies as a disability.

While the Seventh Circuit is the fourth circuit to hold that obesity is not a physical impairment under the ADA, the First Circuit, has reached the opposite conclusion. The First Circuit has held that morbid obesity, independent of an underlying physiological disorder or disease, can be a physical impairment. Therefore, employers should continue to be cautious when making employment decisions involving this subject and should consult with counsel to ensure compliance.

If you have questions about this case or managing employee disability matters, please contact Kevin Stella at kstella@hallrender.com or at (317) 977-1426 or your regular Hall Render attorney.

Special thanks to Claire Bailey, law clerk, for her assistance in preparing this article. 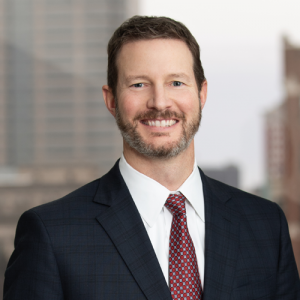