The Practice of Medicine vs. Protecting Patient Safety: Groundbreaking Court Ruling in Support of the FDA’s Regulation of Certain Stem Cell Therapies

On Monday, June 3, the United States District Court for the Southern District of Florida (the “Court”) ruled that the Food and Drug Administration (“FDA”) has the authority to regulate certain stem cell-based treatments offered by U.S. Stem Cell Clinic, LLC (the “Clinic”) and U.S. Stem Cell, Inc. After the Clinic failed to heed repeated FDA warnings and their treatments left four patients blind, the Court issued an injunction, thereby ordering the Clinic to immediately cease these treatments in order to prevent further patient harm.

This Court ruling highlights the ongoing debate surrounding whether stem cell therapy constitutes the practice of medicine or whether it falls under FDA regulation. More importantly, this ruling demonstrates that although the FDA has chosen to exercise enforcement discretion in recent years, the FDA will not hesitate to intervene and assert its regulatory authority when necessary, particularly when patient safety is at issue.

Over the course of two years, the FDA inspected the Clinic 13 times and identified multiple deficiencies that the Clinic declined to rectify. Among other things, the Clinic had no system to monitor contamination, meaning they were not compliant with current good manufacturing practices, and no instructions for use, dosage, routes of administration or side effects regarding the particular treatments in question. Failing to abide by the appropriate FDA regulations put the Clinic’s patients at a high risk for infection and other complications so the FDA filed for a lawsuit against the Clinic.

In making its decision to issue the injunction, the Court focused on three key aspects as further detailed below:

The Clinic’s procedures for therapeutic treatments involved extracting a patient’s adipose tissue (fat) and processing it to isolate stomal and vascular stem cells (“SVF”). The solution is then transferred to a syringe and typically injected into the patient the same day it is extracted to treat a variety of unrelated illnesses, such as Parkinson’s disease, lung disease and diabetes.

The Court ruled that the FDA’s interpretation of the same surgical procedure exception found in 21 C.F.R. § 1271.15(b) is entitled to deference under Auer v. Robbins.[i] Under the FDA’s interpretation, a human cell, tissue or cellular or tissue-based product (“HCT/P”) “remains ‘such HCT/P’ when it is in its original form. Generally, the only processing steps that will allow an HCT/P to retain ‘such HCT/P’ are rinsing, cleansing, sizing, and shaping.”[ii]

Further, the Court determined that because the Clinic’s SVF therapy extracts fat and subsequently performs a multi-step procedure to isolate SVF cells, the HCT/P is no longer in its original form. Based on this cell isolation process, the Court agreed with the FDA and concluded that the same surgical procedure exception does not and cannot apply.

Additionally, the Court focused on the fact that an “HCT/P is intended for homologous use only, as reflected by the labeling, advertising, or other indications of the manufacturer’s objective intent.”[iii] Homologous use is “the repair, reconstruction, replacement, or supplementation of a recipient’s cells or tissues with an HCT/P that performs the same basic function or functions in the recipient as in the donor.”[iv]

The Court determined that the Clinic marketed and advertised SVF as used to treat “various neurological, autoimmune, orthopedic, and degenerative medical conditions and/or diseases.” The Court noted that providing a regenerative function in the donor is not the same as restoring cell function or treating various illnesses in the recipient, and agreed with the FDA that SVF is not intended solely for homologous use because it does not perform the same basic function in the recipient as in the donor. Therefore, the SVF is not a Section 361 HCT/P regulated solely by the Public Health Service Act.

Finally, the Court noted that the Federal Food, Drug, and Cosmetic Act (“FDCA”) defines a “drug” as “articles intended for use in the diagnosis, cure, mitigation, treatment, or prevention of disease in man or other animals.”[v] In reviewing the evidence, the Court focused on the fact that the Clinic marketed SVF in brochures, websites, YouTube videos, etc., as intended to treat and/or cure numerous conditions and diseases, such as Amyotrophic Lateral Sclerosis, spinal cord injuries, traumatic brain injury, chronic obstructive pulmonary disease and diabetes. Because of the advertisements and the intended use of SVF, the Court agreed with the FDA and ruled that SVF is a drug as defined in the FDCA and is subject to its adulteration and misbranding provisions.

Despite exercising enforcement discretion, the FDA will take action when unapproved drugs or devices endanger patient health and violate the law and regulatory guidance. This ruling highlights FDA’s concerns about patient safety related to certain stem cell therapies, particularly those advertised as treatments for diseases that do not have scientific support, and demonstrated that FDA was able to successfully articulate its position regarding these specific treatments to the Court. While this is only a circuit court ruling that will most certainly be appealed, the implications of this holding are important.

This is not the first time that FDA has successfully obtained a judicial ruling that supports the FDA’s position on the need for FDA oversight of stem cell therapeutics. As there are other pending lawsuits regarding similar uses of stem cells, this area of FDA enforcement will continue to evolve and we will provide updates regarding the latest developments.

These articles are educational in nature and are not intended as legal advice. Always consult your legal counsel with specific legal matters. If you have any questions or would like additional information about this topic, please contact:

Special thanks to Danielle Elalouf, law clerk, for her assistance with the preparation of this article.

[ii] Food and Drug Administration. (2017) Same Surgical Procedure Exception under 21 C.F.R. 1271.15(b): Questions and Answers Regarding the Scope of the Exception. Silver Spring, MD: Office of Communication, Outreach, and Development. 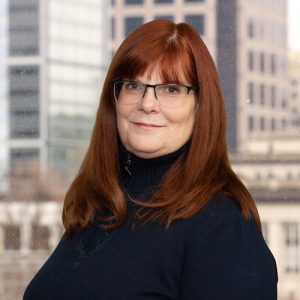 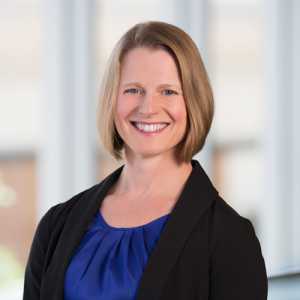