The U.S. government’s unilateral investigative powers under the False Claims Act were bolstered by a ruling from the U.S. District Court for the Eastern District of California last week. Ruling on a Petition for Summary Enforcement of a Civil Investigative Demand (“CID”), the court held:

In U.S. v. George Picetti, III, M.D., the United States investigated possible violations of the Anti-Kickback Statute and Stark Law arising from a relationship between Dr. Picetti and Christina Holland, an owner and operator of several medical device companies. As part of its investigation, the Department of Justice used its power of administrative subpoena to demand documents and oral testimony from Dr. Picetti. Dr. Picetti objected, arguing that the DOJ lacked authority to enforce the investigative demand because the government already elicited settlement discussions from Nexxt Spine, one of the medical device companies involved in the investigation.

The court adhered to a plain reading of the FCA, holding that the government may issue and force compliance with a CID where: 1) an individual may have information relevant to a false claims investigation; and 2) as long as the government has not yet commenced a civil proceeding under the act. The court emphasized that second factor: investigations are only limited to “the actual commencement of a civil action or an election related to actual qui tam litigation.” The settlement negotiations with a related entity in this case did not equate to the commencement of a civil action and so the government’s investigation of Dr. Picetti could continue.

Dr. Picetti also tried to dismantle the government’s investigation by arguing that CIDs are inherently unfair and allow the government to conduct “extended, unilateral ex parte discovery past the point when a civil action should have been commenced…thus giving respondent unequal access to the tools of civil discovery.” The court agreed with Dr. Picetti’s spin on the broad investigative authority granted by Congress but ultimately held that Congress’s intent was clear, and unless a subject of the investigation can show that an inquiry is “unreasonable because it is overbroad or unduly burdensome,” the subject of the investigation must comply with the government’s demands.

The court’s sympathetic but unforgiving enforcement of the CID in this case could prove a powerful tool for the government, allowing it to demand participation in broad investigations. Individuals or entities involved in such investigations must act quickly and, if possible, challenge the breadth and burden of the investigation to limit their liability. 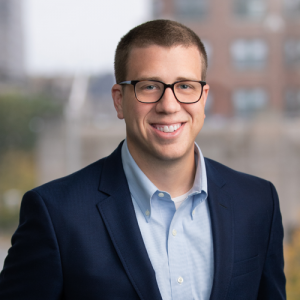