In October of 2018, the National Practitioner Data Bank (“NPDB”) revised the NPDB Guidebook to provide additional guidance on a number of issues. Some of the revisions will be welcomed by the health care industry, but others do not provide as much additional clarity on issues as might be desired. Following is a discussion of the most significant revisions.

The revised Guidebook contains a new Figure E-2 on page E-33, which is a flowchart regarding the steps involved in deciding whether a report to the NPDB is required for a professional review action. Unfortunately, the chart contains a couple of confusing statements. First, the chart refers to filing a report based on “a practitioner’s surrender of, or failure to renew, privileges while under or to avoid investigation.” This language perpetuates a misstatement that has been in previous editions of the Guidebook. The Health Care Quality Improvement Act (“HCQIA”) provides that a report is required if a hospital “accepts the surrender of clinical privileges of a physician” either “while the physician is under an investigation … relating to possible incompetence or improper professional conduct,” 42 USC § 11133(a)(1)(B)(i) or “in return for not conducting such an investigation or proceeding.” 42 USC § 11133(a)(1)(B)(ii). There is no requirement to report someone who resigns their privileges to avoid an investigation as long as there is no agreement that an investigation will not be conducted “in return for” the surrender of privileges.

A major focus of revisions to the Guidebook involves an attempt by the NPDB to overcome the confusion caused by the U.S. District Court decision in Walker v. Memorial Health System of East Texas in which the court ruled that a report to the NPDB was not required if a suspension of indefinite duration was imposed and did not necessarily require it to last longer than 30 days. (231 F.Supp 3d 210, 216 (E.D. Tex 2017)). The revisions to the Guidebook indicate that the NPDB intends that only suspensions actually lasting longer than 30 days “must” be reported, but suspensions that might last more than 30 days “may” be reported. However, the Guidebook still states that “a summary suspension must be reported if it is “in effect “or imposed for” more than 30 days,” which can lead to confusion. (See Summary Suspensions, p. E-38).

The section on summary suspensions in the Guidebook now addresses “indefinite” suspensions by adding the language in bold italics below:

Based on these changes, the Guidebook seems to be giving health care entities the following options regarding suspension or restriction of privileges that are professional review actions:

It should be noted that the new guidance makes a distinction between when a report must be filed for summary suspensions versus other forms of restrictions on privileges, such as requiring a proctor to be present and observe the practitioner. While a report may be filed if it is uncertain a suspension will last more than 30 days, the new instructions are that the reportability of restrictions other than summary suspensions, such as proctoring, “hinges on whether the restriction, in fact, is in effect for a period longer than 30 days.” (E-41). The guidance that proctoring is considered a reportable restriction on privileges only if it requires proctor approval to exercise privileges, or that the proctor must be present and watching the practitioner, remains unchanged.

A new section entitled “Payments for Sole Shareholder Corporations” has also been added to provide guidance regarding when payments for medical malpractice claims made against a sole shareholder corporation (“SSC”) are reportable. Unfortunately, the advice is somewhat equivocal in stating that a payment “may” be reportable if an individual owner or employee of the SSC is “sufficiently” described or identified in the body of the claim “and” in the settlement or final adjudication. A claim may also be reportable if a practitioner (owner or employee) is “named, identified, or otherwise described” in the complaint and is dismissed from the suit as a condition of settlement. No examples are given of what would constitute sufficient description or identification of a practitioner. These new provisions are similar to the guidance in earlier editions of the Guidebook in the section entitled “Identifying Practitioners.”

The revisions to the Guidebook include seven new FAQs addressing the following situations relating to reporting actions affecting the exercise of privileges:

Since most QIPs are put in place in the hope that quality can be improved, and thereby a professional review action avoided, it would seem that the new guidance gives hospitals a great deal of discretion in determining that a QIP is not an investigation, thereby permitting the practitioner to resign while the QIP is in effect with no report to the NPDB being required.

While many will find much of the new guidance helpful in determining when reports should be filed with the NPDB, there are still many lingering gray areas for which the NPDB may simply not be able to provide more definitive guidance because of the statutory language of HCQIA. Hospitals and other reporting entities will need to carefully review the new guidance when determining whether a report to the NPDB is required. However, everyone should always keep in mind that the NPDB Guidebook is not a law or regulation and therefore does not have the force of law, even though courts may give deference to the position of the NPDB stated in the Guidebook on various matters. 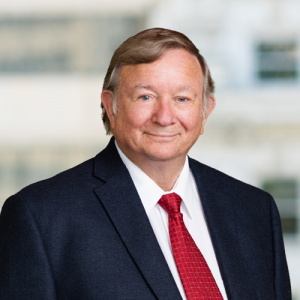 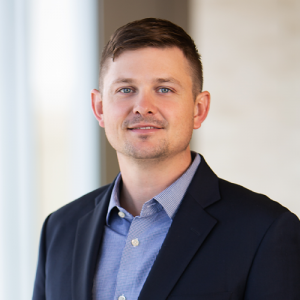