Posted on November 14, 2018 in HR Insights for Health Care

A recent decision from a U.S. District Court in Wisconsin held that the Family and Medical Leave Act (“FMLA”) claim brought by the former employee of an assisted living center could not be dismissed. The outcome and the facts are instructive for other health care employers.

The former employee of the assisted living facility, who worked as an administrative assistant, was told by her doctor that she needed surgery on her Achilles tendon to improve her abnormal gait and pain in her hip and knee. A week later, she spoke with her Human Resources (“HR”) Coordinator and expressed her desire to have the surgery promptly after becoming eligible for FMLA. She was informed of when she would become eligible (employees become eligible after completing a year of employment), and she proceeded to schedule the surgery for within one week of that date. Employees are required to give advanced notice of their intent to use FMLA leave where possible and have a right to do so without adverse employment action being taken against them in response, even if they are not eligible to take FMLA leave at the time of giving notice. So far, so good.

But then the HR Coordinator consulted with the facility’s Executive Administrator about the employee’s medical condition and allegedly told the employee that she needed to immediately “punch out and go home until [she was] completely healed from surgery.” The employee’s doctor had not advised that she could not work until her surgery, and it is unclear what evidence (if any) the HR Coordinator and Executive Administrator relied on in determining that it was necessary for her to immediately cease work. The HR Coordinator also told her that she would work with her so that her FMLA would be approved despite her non-eligible status and that her job would still be there when she returned. In reliance on these statements and unable to work until she recovered, the employee had her surgery moved up two weeks, submitted her FMLA application and had the surgery. However, the facility rejected her application because she was not yet eligible, informed her that her position would not be held open, proceeded to hire another employee for the position and terminated her.

The facts as recited above are the employee’s version of the events, the truth of which would have to be sorted out as the case proceeds. For purposes of a defendant’s motion to dismiss for failure to state a claim, judges assume the plaintiff’s version of the facts to be true. Under this assumption, the court found that the facility might be barred from refusing to grant the employee FMLA leave because of the HR Coordinator’s alleged representations. The court also stated that the facility’s course of conduct could constitute retaliation or interference based on the notice provided by the employee of her intent to take FMLA leave. Such retaliation or interference would violate the FMLA.

But the employee’s version of the facts may not be accurate. Do employers have any protection against inaccurate facts? Or must employers usually choose between settling cases founded on inaccurate facts or incurring the formidable expense of a trial in the hopes that a jury will be able to discern the truth? Unfortunately, while there are some protections, they are imperfect, and an alternate version of the facts, if not utterly implausible, will often be enough to take a case to trial if an employer is unwilling to pay up.

Here are some of the protections and/or precautions against the expenses that a plaintiff’s inaccurate facts can impose:

If you have any questions about FMLA and/or how to put these protections in place, please contact Brian Sabey at 720-282-2025 or briansabey@hallrender.com or your regular Hall Render attorney. 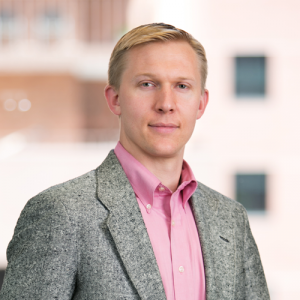