For years, we have reported on the multitude of decisions from the Board striking down employer handbook rules. Many of these decisions were based on a standard set forth in the Lutheran Heritage case, which provided, in part, that a rule or policy maintained by an employer is unlawful if “employees would reasonably construe the language to prohibit any activity protected by the National Labor Relations Act.” On December 14, 2017, in The Boeing Company case, the Board overruled Lutheran Heritage and discarded the “reasonably construe” test for analyzing employer rules and policies. In its place, the Board explained that when evaluating an otherwise neutral policy, it will evaluate two things: (1) the nature and extent of the potential impact on NLRA rights; and (2) legitimate justifications associated with the rule.

On June 6, 2018, the General Counsel issued a memorandum providing guidance on handbook rules post-Boeing. The memo clarifies that “ambiguities in rules are no longer interpreted against the drafter, and generalized provisions should not be interpreted as banning all activity that could conceivably be included.” This is a much welcomed interpretation for employers!

However, the memo also notes that the new standard will not alter the previously established standards for determining the legality of various categories of handbook rules including no-solicitation, no-distribution, no-access and dress code policies. The new standard only applies to facially neutral handbook rules without an established balancing test for determining legality. As another example, any policies that expressly ban protected activity (e.g., prohibiting the discussion of wages) or policies that are promulgated directly in response to protected activity remain unlawful. The coverage of the new standard is still very broad, but this scope should be considered when reviewing and editing handbook policies.

From this point forward, the General Counsel’s memo advises that challenged handbook rules should be organized into three separate categories: (1) rules that are generally lawful to maintain; (2) rules warranting individual scrutiny; and (3) rules that are plainly unlawful to maintain. The memo provides examples of handbook rules for each category. Here are some of the included examples:

Category 1- Rules that Are Generally Lawful to Maintain

Category 3 – Rules that Are Unlawful to Maintain

The decision in Boeing created a more employer-friendly standard for analyzing the legality of handbook rules. The General Counsel’s memo provides further clarification of that standard and specific examples of lawful and unlawful provisions in common handbook rules. This memo will be useful anytime an employer is reviewing or updating handbook rules and should be consulted in conjunction with any handbook update. We will continue to monitor developments regarding these issues. 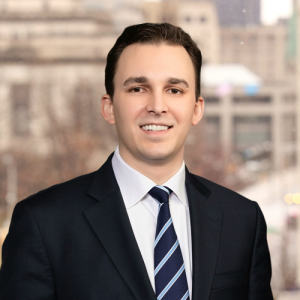