On February 15, 2018, the Office of Inspector General (“OIG”) released a report announcing the results of a review it conducted of outpatient hyperbaric oxygen therapy (“HBO therapy”) claims. Of the 120 sampled outpatient claims under review, OIG found payment was made in accordance with Medicare requirements for only 18 claims. The audit, included in OIG’s 2017 Work Plan, was designed to determine whether the Centers for Medicare & Medicaid Services (“CMS”) paid providers for HBO therapy services that complied with Medicare requirements in CMS’s National Coverage Determination for Hyperbaric Oxygen Therapy (NCD 20.29). OIG’s report, Wisconsin Physicians Service Paid Providers for Hyperbaric Oxygen Therapy Services that Did Not Comply with Medicare Requirements, estimated that providers were over paid by nearly $42.6 million by a single Medicare Administrative Contractor (“MAC”) for these claims. HBO therapy involves giving a patient high concentrations of oxygen within a pressurized chamber in which the patient intermittently breathes in 100 percent oxygen. Utilization of HBO therapy has continued to increase over the years despite audits and other initiatives like CMS’s 2015 Non-Emergent HBO Therapy Prior Authorization demonstration program. With a sample claim error rate of 85 percent, HBO therapy could quickly become one of 2018’s highest enforcement priorities. In its report, OIG issued strong recommendations to Wisconsin Physicians Service (“WPS”), which include not only recouping payment from providers who incorrectly billed claims that were in the sample, but also notifying the other WPS providers who had claims in the population not selected for review, to complete an investigation and return any identified overpayments in accordance with the 60-day rule.

A complete copy of OIG’s report is available here.

The OIG audit focused on one MAC, WPS, for claims submitted in Jurisdiction 5, which includes Iowa, Kansas, Missouri and Nebraska, as well as claims processed by WPS for “Jurisdiction 5 national providers.” OIG focused its review on WPS because it paid nearly $59.5 million or 19 percent of all Medicare outpatient claims that contained HBO therapy services in 2013 and 2014. The review covered 44,940 outpatient claims that contained HBO therapy services provided to Medicare beneficiaries during calendar years 2013 through 2014. Of the 120 sampled outpatient claims, which totaled $438,210, 102 claims did not comply with Medicare requirements for HBO therapy. Of the 102 claims that did not comply, OIG found that in 100 claims, medical record documentation did not meet the medical necessity requirements in NCD 20.29, including treatment for a covered condition or for HBO therapy only after standard or conventional treatment failed. Payments for the 102 claims that did not comply with Medicare requirements resulted in overpayments totaling $300,789. Based on these sample results, OIG estimates that WPS overpaid providers $42.6 million for HBO therapy during the audit period.

According to the audit report, approximately 32 percent of beneficiaries received treatments for either non-covered conditions ($10.5 million) or medical documentation did not support HBO therapy ($3.7 million). An additional $4.9 million was paid for beneficiaries who received HBO therapy for appropriate indications but who allegedly received more treatments than were considered medically necessary. Finally, of the 68 percent of beneficiaries treated for covered conditions, the report noted that 37 percent received questionable quality care with respect to either lack of appropriate testing prior to initiation of treatment or insufficient progress documented to justify continuation of therapy.

As a result of the audit, OIG recommended that WPS: (1) recover the appropriate portion of the $300,789 in identified Medicare overpayments; (2) notify the providers responsible for the 44,820 un-sampled claims, with potential overpayments estimated at $42.3 million, so that those providers can investigate and return any identified overpayments; (3) identify and recover any improper payments for HBO therapy made after the audit period; and (4) strengthen its policies and procedures for making payments for HBO therapy, which would result in millions in future cost savings.

OIG’s report sends an important warning to all providers of HBO therapy services. Although OIG’s audit focused on WPS HBO therapy claims, there is no reason to think the issues OIG identified are limited to a single MAC. In light of the significant findings in the OIG report, all providers of HBO therapy services, regardless of jurisdiction, should review their practices related to provision of HBO therapy to ensure that HBO services comply with the requirements in NCD 20.29 and that the medical record documentation supports the services provided and billed. Based on OIG’s recommendations, WPS providers will be notified by WPS to undertake an investigation to determine if they have any overpayments. 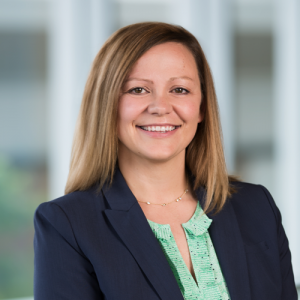