The Physician Pipeline and Counting Residents: Too Little and Too Much

While federal efforts in recent years may have incrementally increased the number of medical residents in training in the United States, still too few residents are being trained to meet expected demand for physicians. This article examines a recent United States Government Accountability Office (“GAO”) report that outlines the federal efforts to expand graduate medical education (“GME”), discusses an option for urban teaching hospitals to increase their resident caps and provides considerations for non-teaching hospitals that may want to become teaching hospitals. In short, the physician pipeline may be producing too little right now, but there are options to increase it.

In addition, this article describes the latest in a series of investigations by the Office of Inspector General (“OIG”) on teaching hospital reporting of resident full-time equivalent (“FTE”) counts. Like most prior investigations, OIG found that when residents rotate to multiple teaching hospitals, a single individual resident may collectively across all the hospitals be counted as more than 1.0 FTE – a result that OIG believes is inconsistent with federal law. Even when rotating to multiple hospitals, it is too much to count an individual resident as more than 1.0 FTE.

The GAO Report on Physician Workforce

In May 2017, the GAO issued a report to congressional requesters regarding the sufficiency of existing GME programs and funding in light of projected physician shortages (the “GAO Report”).[i] Among other findings, the GAO Report identified a 22 percent increase in the number of residents training in GME programs between 2005 and 2015. Despite that positive growth, the GAO Report concluded that even greater increases in the number of GME programs and resident training opportunities will be needed to address the significant shortage of physicians expected by 2025. The GAO Report is available here, and additional Hall Render resources are referenced below.

Locations and Types of GME Training Were Largely Unchanged from 2005 to 2015, but Growth Was Notable in Certain Areas

The GAO estimated annual federal funding of GME to be $15 billion[ii], paid primarily to teaching hospitals. Between 2005 and 2015, the number of residents in training in the United States grew by 22 percent to 127,578 residents.[iii] However, 99 percent of that growth occurred in urban areas with a total of only 1,223 residents training in rural areas in 2015.[iv]

In addition to the stark contrast between urban and rural areas, there also continues to be significant geographical difference in GME training in the various regions of the country. Using a ratio of the number of GME residents training in the region per 100,000 people living there, the GAO Report identified that the highest concentrations of residents continue to be in the Northeast.[v] In fact, the Northeast’s ratio is 1.5 times greater than that of the Midwest, 2.2 times greater than that of the South and 2.5 times greater than that of the West. Nationally, there is an average of 40 GME residents for every 100,000 people, with the Northeast being well above that average, the Midwest being slightly above, and both the South and the West being far below.

The GAO Report looked at the current structure of the Medicare GME reimbursement system and identified three efforts intended to increase the number of residents training in rural areas: 1) the automatic 30 percent increase in the 1996-based FTE cap for rural teaching hospitals; 2) the ability of rural teaching hospitals to start new programs and add to their FTE caps; and 3) the option to create new Rural Training Track (“RTT”) programs in a cooperative arrangement between rural and urban teaching hospitals, with some additional FTE resulting for both hospitals.[vi] Note that the first two of these incentives play a key role in the rural reclassification option discussed below, which can create a significant Medicare GME reimbursement impact for urban teaching hospitals.

The GAO Report included feedback from the Centers for Medicare & Medicaid Services (“CMS”), which identified significant challenges experienced by teaching hospitals in efforts to take advantage of these incentives.[vii] For example, since the direct graduate medical education (“DGME”) component of Medicare reimbursement applies a hospital-specific per resident amount (“PRA”) based on a hospital’s own resident costs, a hospital with a low PRA may not in the end see a significant increase in reimbursement. In other words, a 30 percent increase to a low number is probably still a low number.

Federal Efforts Intended to Increase Primary Care GME Training Were Modest, and the Growth May Not Be Sustained

The GAO Report identified four federal efforts to increase primary care residency training, only the first three of which are applicable to non-governmental hospitals and none of which are guaranteed to continue beyond 2017.

Given the complexity of the funding programs, the delays in achieving results and the uncertainty of future funding, the GAO Report concluded that these programs represent a “relatively small investment in primary care GME training.”[x]

As of the date of this article, certain urban hospitals may have an opportunity to reclassify as “rural” hospitals. While this is a complex assessment, eligible urban hospitals that reclassify as rural may become eligible for two of the three Medicare programs described above. First, a rural teaching hospital receives a 30 percent increase in the indirect medical education (“IME”) cap (not DGME). Accordingly, if the previous urban teaching hospital had a large 1996-based IME FTE cap, then the 30 percent increase could be material. Second, rural teaching hospitals retain the ability to start new GME programs and create new additional FTE caps, so an urban hospital reclassifying to rural would also gain that option (for the IME FTE cap only).

For extensive Hall Render materials on the rural reclassification option, click here. For a discussion of the Medicare meaning of “new programs,” click here.

Non-teaching hospitals can decide to become teaching hospitals by starting new GME programs, and when they do, these hospitals are able to draw Medicare IME and DGME reimbursement. Importantly, the residency training must be occurring for the “first time,” meaning that if residents in approved GME programs were ever present at the hospital, even incidentally and perhaps as far back as 1984, there may be hurdles in securing the maximum amount of potential Medicare reimbursement. Further, becoming a teaching hospital is a significant investment, both in terms of dollars and in the infrastructure needed to create an effective learning and working environment for residents.

However, given the looming shortage of physicians and the possibility of additional governmental funding, some hospitals and health systems are planning for new teaching hospitals. Since there is evidence that physicians may ultimately end up practicing in geographic areas similar to those where they completed their GME training,[xi] regions of the country with expected shortages need to give particular consideration to this issue.

The most recent of eight OIG investigations into the counting and reporting of resident FTEs when the residents rotate to multiple hospitals was released in July 2017.[xii] Under the complex rules for Medicare hospital DGME and IME reimbursement, no individual resident may be counted as more than one FTE.[xiii] However, each individual teaching hospital keeps track of its own FTE count and completes its own separate cost report to Medicare listing the FTE count of residents it is claiming. There is no requirement that the teaching hospitals themselves assess the collective FTE count, and OIG’s view is that the obligation to ensure that no individual resident is counted as more than 1.0 FTE falls to the Medicare Administrative Contractors (“MACs”) and CMS.

In its review of hospitals in MAC Jurisdiction E for the period 2012-2013, OIG concluded that 65 hospitals claimed reimbursement for residents who trained at multiple hospitals where the total FTE count for the resident exceeded 1.0 FTE.[xiv] Of the 65, OIG concluded that 36 of the hospitals received a collective total of $434,531 in excess payments, and for the other 29 hospitals, the overstated FTEs had not impacted reimbursment.[xv]

While not the core focus of the investigation, during its review, OIG also identified another area of potential overpayment: a hospital improperly claiming time on its own cost report when the residents were actually at another hospital. Identifying that one teaching hospital in the review may have been overpaid $152,419 over a three-year period based on this issue, OIG noted that the hospital itself had already discovered the error and refunded the amount.[xvi]

In response to the report, the MAC indicated that it would adjust 52 of the 83 identified hospital cost reports but that 31 of the cost reports would not be adjusted based on reopening rules and materiality thresholds.[xvii]

Teaching hospitals involved in residency training programs where residents train at multiple hospitals are not readily able to determine whether residents are being counted as more than 1.0 FTE across the hospitals involved (and there is no obligation to do so). Further, if a MAC determines that a resident has been counted as more than 1.0 FTE, it is unclear how each hospital’s cost report might be adjusted. Where residents are rotating to multiple hospitals within the same health care system, there may be reason to assess FTE counts across hospitals within the system to avoid unexpected recoupment at a later date.

The second issue identified in the report – the fact that one hospital cannot count the time residents spend in other hospitals – is a more clear-cut issue for teaching hospitals. While there can be significant record keeping and tracking difficulties in mapping the whereabouts of residents in complex rotation schedules at multiple hospitals, the rule is relatively straightforward and has no exceptions. These findings in the OIG report are a good reminder to teaching hospitals that they should not claim the time that residents spend in other hospitals. The OIG report is available here.

If you have questions regarding any issue raised in this article, please contact:

[i] Physician Workforce: Locations and Types of Graduate Training Were Largely Unchanged, and Federal Efforts May Not be Sufficient To Meet Needs, May 2017, GAO-17-411 (hereinafter “GAO Report”).

[ii] GAO Report, p. 2. The GAO cites to the important 2014 Institute of Medicine (“IOM”) report on GME for this estimate. More information on the IOM report is available here. 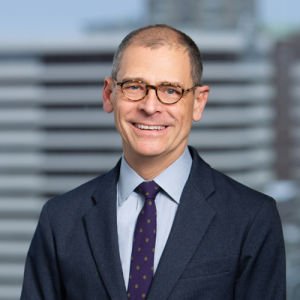 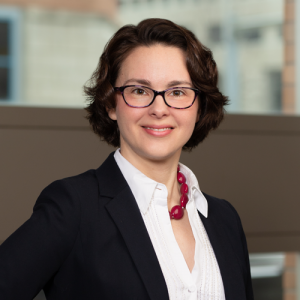