On October 3, 2016, the Department of Justice announced that it had reached a settlement agreement with a health care services company based in Dallas, Texas (the “Company”) and two of its Atlanta-area subsidiaries (“Hospitals”) (collectively, the “Parties”) to settle a case originally brought by a whistleblower under the False Claims Act. As part of the settlement, the Parties will pay over $513 million to resolve criminal charges and civil claims relating to alleged payment of kickbacks in exchange for patient referrals in violation of the Anti-Kickback Statute.

The allegations underlying the settlement involve arrangements between a number of Company hospitals and a prenatal care clinic for undocumented immigrants (the “Clinic”). Although undocumented immigrants are not eligible for regular Medicaid coverage, these individuals are eligible for care at federally qualified health centers, which receive federal government funds, and for certain types of Emergency Medical Assistance (“EMA”). EMA includes coverage for childbirth for undocumented immigrants and is supported by federal government funds. In addition, a newborn child born to an undocumented immigrant is entitled to Newborn Medicaid coverage. The Clinic charged expectant mothers a set cash payment in exchange for all non-covered prenatal care and provided assistance with emergency Medicaid applications. As part of the prenatal care, the Clinic also facilitated their patients’ choice of provider for delivering their babies. Historically, these patients were directed to deliver their children at the hospital closest to their residence.

As part of the settlement, the Parties have agreed to pay a total of over $513 million, $368 million of which was paid by the Company to settle the civil False Claims Act matter. As part of this $368 million, the whistleblower will receive $84 million. The Department of Justice will also appoint a monitor for three years under the settlement agreement. While the Company is released from any further liability, the settlement agreement specifically excludes any release of individual liability, consistent with the directives of the Yates Memo issued last year.

As a consequence of the announcement, a Company shareholder has brought a putative class action against the Company and three of the Company’s executives based on the Company’s alleged concealment of the fraudulent Medicaid referral schemes discussed herein and failing to report the fraud to the Securities and Exchange Commission. According to the suit, this failure to disclose the fraud inflated Company stock. When the settlement was announced and the underlying allegations revealed, Company stock fell $1.34 or 4 percent.

Hospitals should carefully scrutinize any payments to referral sources. Payment arrangements with questionable justification could be viewed by the government as disguised payments for referrals, particularly if they involve a vulnerable population. In addition, executives and administrators of hospitals and other providers should be very careful regarding the content of related email and other correspondence associated with referral arrangements, as even innocuous comments can often be misconstrued or misunderstood. Furthermore, publicly traded companies must be even more vigilant in their disclosures in light of potential securities liability, in addition to the penalties and other liability applicable under fraud and abuse laws and the False Claims Act.

Finally, health care executives should take note that, unlike in many prior settlement agreements where the individuals involved were also released from any further liability, consistent with the Department of Justice’s practices after the issuance of the Yates Memo, the individuals involved in this arrangement were not released from any potential liability, and any further enforcement actions are likely to depend on the facts and circumstances of this particular case. 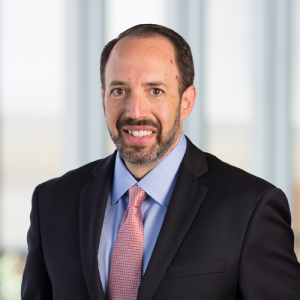