Outlier payments are add-on payments received by hospitals and other providers to address the extra costs incurred by a facility treating patients that are inpatients longer than the usual stay for the inpatient DRG or by cases that are particularly high cost cases. The latter type of outlier payments are at issue here. In 2003, CMS passed rulemaking2 that sought to address a growing practice by which providers would intentionally inflate charges in order to receive outlier payments for cases that might not otherwise qualify. This concept is sometimes called “turbocharging.” The 2003 rule gave MACs the ability to revisit a hospital’s outlier payments once the cost-to-charge ratio for that particular cost reporting period had been finalized, which is usually after the cost report is settled.3

CMS’s 2003 rulemaking did not give more detailed instructions as to how the MACs should revisit a provider’s outlier payment and perform a reconciliation. Finally in late 2010, CMS published a 90-page Transmittal detailing the outlier reconciliation process for the Inpatient Prospective Payment System (“PPS”), the Outpatient PPS, the Inpatient Rehabilitation Facility PPS, the Inpatient Psychiatric Facility PPS and the Long-Term Care Hospital PPS. The process was far and above what was discussed in the 2003 rulemaking, and it triggered outlier reconciliation for providers that had more than $500,000 in outlier payments and for whom the actual cost-to-charge ratio moved more than 10 percentage points from the cost-to-charge ratio that was initially used to file or settle the cost report. The policy became effective April 1, 2011, but MACs were able to go back to cost reports within the reopening window to perform outlier reconciliation.

To say nothing of the retroactive and punitive nature of the reconciliation process that provided no opportunity for providers to voice comment on the process itself, there were unintended consequences for other providers, in addition to those that were engaged in turbocharging: new providers that have higher cost-to-charge ratios when the facilities are starting up; providers that might have added beds or subtracted beds due to expansion or wing closures; and providers that are public or safety net hospitals that have noticeable fluctuations in patient populations meeting outlier criteria from one year to the next. The provider in Clarian West was a newly constructed hospital that fell victim to the retroactive reconciliation process more than once in its relatively brief existence and filed suit in federal district court in Washington, D.C., to challenge its lack of notice and an ability to comment on the 2010 Transmittal that had the effect of punishing hospitals the rulemaking did not intend to harm. The court sided with the provider, stating the criteria included in the 2010 Transmittal was itself a substantive rule that should have gone through notice and comment rulemaking under the APA.

Acute care hospitals, inpatient rehabilitation facilities, inpatient psychiatric facilities and long-term care hospitals that have been subjected to the outlier reconciliation process should take steps to preserve appeal rights, even if the government appeals the district court decision, to try to reclaim the reimbursement lost due to the flawed outlier reconciliation process.

If you have questions regarding outlier reconciliation or the possibility of reimbursement recovery through the preservation of appeal rights for this issue, please contact:

View this article and other health law-related posts by visiting the Hall Render Blog, or click here to sign up to receive Hall Render alerts on topics related to health care law. 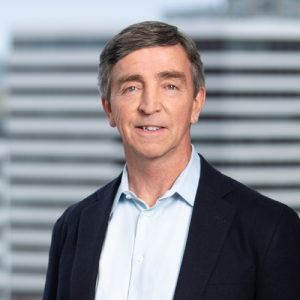