Riding the wave of an unprecedented winning streak and continuing its trend of aggressive antitrust enforcement in the hospital merger arena, the FTC recently challenged three proposed hospital mergers – one in West Virginia, one in Pennsylvania and one in Chicago, Illinois – in a two-month period.  In each challenge, the FTC alleged the post-transaction entity would be a dominant provider in its market, negatively impacting competition, increasing prices for payers and patients and decreasing the provider’s incentive to improve quality and innovation.  Read together, a number of common themes emerge throughout the three complaints, offering insight into the FTC’s merger enforcement priorities and the health systems’ potential strategies to address those priorities.

First, on November 6, 2015, the FTC challenged the proposed acquisition of St. Mary’s Medical Center (“St. Mary’s”) by Cabell Huntington Hospital (“Cabell”) in Huntington, West Virginia.  In what the FTC characterized as “an attempt to avoid” an antitrust challenge by the FTC, Cabell and St. Mary’s entered an Assurance of Voluntary Compliance (“AVC”) with the Attorney General of West Virginia to limit, for a period of seven years, certain conduct of the combined entity, including limiting certain price increases.  In its complaint, the FTC alleged that, if allowed to proceed, the resulting entity would create a “natural monopoly” over general acute care inpatient hospital services and outpatient surgical services in the relevant geographic market with a post-acquisition market share of 75.4 percent.

Next, on December 9, 2015, the FTC, jointly with the Pennsylvania Office of the Attorney General, challenged the proposed merger between Penn State Hershey Medical Center (“Hershey”) and PinnacleHealth System (“Pinnacle”) in the Harrisburg, Pennsylvania area.  Hershey and Pinnacle operate the only three hospitals in Dauphin County and offer an overlapping range of general acute care services, including primary, secondary, tertiary and quaternary care.  According to the FTC’s complaint, the combined entity would have a post-merger market share of 64 percent and reduce the number of meaningful competitors in the Harrisburg area from three to two.  Like its view towards the AG agreement in its West Virginia challenge, here the FTC discounted support by some payers as simply designed to forestall opposition to the merger because the agreements were limited to certain payers, limited in duration and did not preserve service and quality competition.

Finally, on December 18, 2015, the FTC (later joined by the Illinois Attorney General) issued an administrative complaint to block the proposed merger between Advocate Health Care Network (“Advocate”) and NorthShore University Health System (“NorthShore”) in the Chicago, Illinois area.  According to the FTC’s complaint, Advocate and NorthShore are already the two largest providers, by admissions, of general acute care inpatient hospital services in the “North Shore Chicago” area defined by the FTC, and the proposed merger would create the largest health care system in that area with a post-transaction market share of 55 percent.

Common Themes Throughout the FTC Complaints

Typically, when challenging a hospital merger, the FTC relies on a “unilateral effects” theory of harm – that the post-transaction entity will be able to unilaterally raise prices above a competitive level because there will be an insufficient number of competitive alternatives for consumers.  In order to prove this theory, the FTC takes a holistic approach in its investigation, typically defining a relevant geographic market and utilizing a variety of tools, including market shares, Herfindahl-Hirschman Index (“HHI”) scores, diversion analyses, payer interviews/statements and the parties’ own ordinary course documents.  Throughout its investigation, the FTC also takes into account the parties’ own claims and defenses, but as the recent complaints show, these claims and defenses must meet an increasingly high bar.

When analyzing hospital mergers, the FTC utilizes the SSNIP test (standing for “small but significant and non-transitory increase in price”) to define the relevant geographic market.  A maddening analysis, the SSNIP test at its most basic identifies the area where a hypothetical monopolist could profitably impose a “small but significant increase in price” for a specified service.  Not surprisingly, the FTC typically utilizes the SSNIP test to define the relevant geographic market narrowly while providers push for more broadly defined geographic markets.  In the Cabell/St. Mary’s merger, the FTC defined the relevant geographic market as three counties in West Virginia and one county in Ohio concentrated around the Huntington, West Virginia area.  Cabell and St. Mary’s pushed back on this definition arguing that the hospitals serve a much larger geographic area, including parts of Kentucky.  More telling, in the Advocate/NorthShore merger, the FTC defined the geographic market as “no broader than the North Shore Area,” a sub-region of Chicago defined as an area bounded by six general acute care hospitals in northern Cook County and southern Lake County.  NorthShore’s CEO claimed the FTC gerrymandered the geographic market in order to get market shares over 50 percent.  Nonetheless, the FTC continues to view geographic markets on an increasingly local level, opting to constrain geographic markets based on where local patients are likely to seek care.  Market definition can be critical because the FTC uses post-transaction market shares and market concentration to predict potential anticompetitive effects.

Use of Market Shares and HHIs

The FTC also touted large HHIs.  The HHI is a tool commonly used by courts and antitrust agencies to measure market concentration. According to the DOJ/FTC Horizontal Merger Guidelines, a proposed merger or acquisition is presumptively illegal when the post-acquisition HHI score exceeds 2,500 and the transaction increases the HHI by more than 200 points.  The challenged transactions resulted in the following HHI scores.

Use of Diversion Analysis

The FTC is increasingly turning to economic modeling, and specifically diversion analysis, to analyze the potential competitive effects of a hospital merger.  Diversion analysis is a standard economic tool that uses data on where patients receive hospital services to determine the extent to which the merging hospitals are substitutes.  If the two merging hospitals are each other’s closest substitute, a post-transaction price increase is more likely to stick because patients that would have otherwise switched hospitals due to a price increase will still be captured by the post-transaction entity.  As a practical matter, diversion analysis shows the share of a provider’s patient population that would seek care at a different provider if the first provider were no longer available.

In all three challenges, the FTC utilized diversion analysis to characterize the merging entities as anything from “close competitors” to the “only significant competitor.”  As shown in the table below, the diversion ratio ranged from 20 to 50 percent.

Before a complaint is ever filed, the FTC spends months and months investigating the transaction.  During this investigation, the FTC requests tens, if not hundreds, of thousands of ordinary course documents from the parties.  For example, prior to the FTC formally challenging the Cabell/St. Mary’s transaction, Cabell had already produced 340,000 documents, including paper documents, digital documents, emails and reports, in response to the FTC’s investigation.  It is common for the FTC to find (and later tout) a “smoking gun” document where a party notes the ability to “raise prices post-transaction” or “dominate the market.”  But even absent a smoking gun document, these three complaints show that the FTC will rely on the parties’ ordinary course documents to show the merging parties are close competitors and undertake strategic activities in vigorous competition with each other – all in an effort to show the proposed merger will negate benefits to patients and payers derived from competition.

The FTC views the health care market as a “two-stage” model of competition.  In the first stage, commercial payers and hospitals negotiate over network formation and prices.  In the second stage, patients choose hospitals based on non-price factors such as location, quality and reputation.  Under this paradigm, the FTC views commercial payers as the “purchaser” of hospital services such that the payers will bear the initial burden of increased prices.  As such, the FTC routinely interviews commercial payers to assess the competitive impact of a proposed hospital merger.  The FTC seeks to understand whether the merged entity would gain bargaining leverage in contract negotiations.  For example, if payers were able to play the hospitals against each other pre-merger, then it’s likely the merged entity would gain bargaining leverage post-merger.

Often a major selling point of a proposed transaction is that it will allow the parties to enjoy significant economies of scale and generate other efficiencies that will benefit the community, including enhancements to quality and services offered.  In all three cases, the FTC thoroughly rejected any efficiencies arguments advanced by the merging parties.  The FTC concluded that any suggested administrative, operational or clinical efficiencies were speculative in nature and insufficient to outweigh the likely significant harm to competition.  Further, the FTC found the claimed efficiencies were overstated, unverifiable and not “merger-specific” (i.e., the efficiencies could otherwise be achieved through avenues less restrictive than a merger).  Although claimed efficiencies have always been viewed skeptically by the FTC, these three complaints show that the bar for claiming efficiencies continues to climb and might even be unattainable.

Rejection of State AG Agreements or Other Local Support

As part of the merger process, parties will often engage various local stakeholders to build support for the transaction.  For example, parties may work with the State Attorney General or State Department of Health, agreeing to certain stipulations or making certain promises, in exchange for support for the transaction.  Likewise, parties may negotiate with commercial payers, entering into long-term fee-for-service contracts or innovative risk-based contracts in order to alleviate the concerns surrounding higher prices post-transaction.  While this type of stakeholder support could be viewed favorably from an antitrust perspective, the recent complaints show the FTC is skeptical of these provider strategies, viewing it as temporary in nature and ineffective in limiting the harm from lost competition.  In the Cabell/St. Mary’s merger, the parties negotiated an agreement with the West Virginia Attorney General to limit for a period of seven years certain conduct of the combined entity post-merger, including limiting price increases.  Characterizing this agreement as “an attempt to avoid” an antitrust challenge, the FTC, consistent with its longstanding opposition to “conduct” remedies, alleged the agreement with the West Virginia Attorney General would not restore competition eliminated by the merger.  Similarly, in the Hershey/Pinnacle merger, the FTC characterized certain payer agreements as merely “designed to forestall opposition to the merger.”

Spurred by an unbroken ten-year winning streak, the FTC is increasingly active in investigating and challenging hospital mergers that it views as anticompetitive.  Viewing health care markets as local in nature, the FTC continues to draw narrow geographic markets, and if market shares, HHIs and diversion ratios are high, then the FTC will likely investigate the merger.  Further, if the parties’ ordinary course documents tend to show competition between each other and if commercial payers are opposed to the transaction, regardless of whether there is local support or solid efficiencies, parties can expect an FTC challenge.

If you have any questions or would like additional information about this topic, please contact one of the following members of Hall Render’s Antitrust Practice Group: 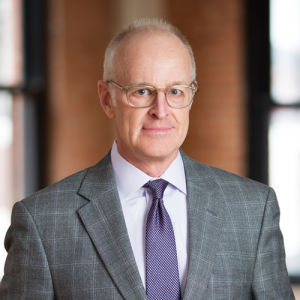 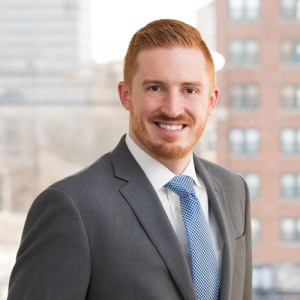 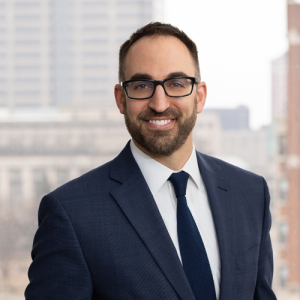