On August 4, 2014, the United States Department of Justice (“DOJ”) announced a settlement of a staggering $98.15 million with the nation’s largest operator of acute care hospitals (“Health System”).  The settlement resolves multiple lawsuits filed under the qui tam (whistleblower) provisions of the federal False Claims Act that prohibits a person from knowingly presenting, or causing to be presented, a false or fraudulent claim to the United States government seeking payment from the federal treasury. The settlement also requires the Health System to enter into a five-year corporate integrity agreement (“CIA”) with the Department of Health and Human Services Office of the Inspector General (“OIG”) under which the Health System must undertake significant compliance efforts including engaging independent review organizations to review the accuracy of the Health System’s governmental health care program claims for inpatient services.  The settlement announcement can be found here.

The settlement illustrates the trend towards broad coordination and cooperation between disparate government agencies, in this case, U.S. Attorneys’ Offices distributed across five states; the DOJ; OIG; the Department of Defense’s Defense Health Agency – Program Integrity Office; and the FBI.

Details of the FCA Allegation

The U.S. alleged that from 2005 through 2010, the Health System “engaged in a deliberate corporate-driven scheme” to increase inpatient admissions of Medicare, Medicaid and TRICARE beneficiaries at the Health System’s affiliated hospitals.  According to the government, a number of inpatient admissions of federal health care program beneficiaries from hospital emergency departments were “not medically necessary,” and the care provided to these beneficiaries should have been provided in the less costly outpatient or observation setting.

The government also alleged that from 2005 through 2010, one of the Health System’s affiliated hospitals (“Hospital”) presented false claims to Medicare for certain cardiac and hemodialysis procedures performed on an inpatient basis instead of the less costly and medically appropriate outpatient basis.  Further, from 2007 through 2012, the Hospital is alleged to have billed Medicare for services referred to it by a physician who was offered a medical directorship in violation of the Stark Law.

Of note, the Health System did not make any admissions of liability and also denied any wrongdoing in connection with the conduct subject of the settlement agreement.  Likewise, the government did not concede that its claims were not well founded.  The stated purpose of the settlement agreement was to avoid the “delay, uncertainty, inconvenience, and expense of protracted litigation of the…claims.”

The Health System settlement is notable for the amount (more than $98 million), the number of hospitals involved in the alleged wrongdoing (119) and the number of whistleblowers who filed suit (9).  Hospitals and other health care providers must: (i) continue to maintain vigorous compliance programs that identify and correct coding and billing problems – this may include mandatory and timely repayment of overpayments; (ii) perform regular self-audits to ferret out new problems and ensure correction of old problems; (iii) listen carefully and respond proactively to potential billing concerns expressed by employees and other key personnel – these are the folks who are in a perfect position to file False Claim Act lawsuits and they do if they believe their organizations are not taking their concerns seriously; and (iv) consider retaining health care-knowledgeable counsel who can assist with engaging coding and billing consultants to address identified potential billing issues.

Hospitals should continue to listen for CMS guidance regarding defining and paying for hospital short-stays; the two-midnight rule (providing the admitting physician must believe that a patient will need two nights in the hospital to be admitted as an inpatient) has come under sharp criticism and may be superseded by an alternate payment system. 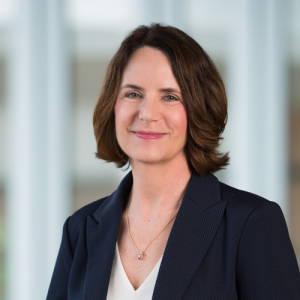