On June 27, 2013, CMS released the proposed home health prospective payment rule (the “PPS Rule”) for calendar year 2014.  While refinements to the ICD-9-CM and discussions of ICD-10-CM implementation are of interest, the most notable change to the PPS Rule for 2014 is CMS’s long-awaited proposal for rebasing home health payments.  Once it is in effect, rebasing will have a severe impact on home health reimbursement over the next four years.  In addition to rebasing, the proposed PPS Rule addresses several other areas of the home health payment system.  The proposed PPS Rule outlines certain home health quality reporting requirements beginning in 2014 and provides clarification regarding state Medicaid programs’ financial responsibility for state survey agency activities.

Refinements to the ICD-9-CM Grouper

The PPS Rule first outlines CMS’s proposal to refine the ICD-9-CM Grouper as of January 1, 2014.  The refinements consist of removing a number of codes that CMS has determined are for diagnoses that are too acute, meaning the condition cannot be appropriately addressed in the home health setting, or represent conditions whose presence and care do not result in additional resource use by an agency during an episode.  These refinements are based upon recommendations from CMS’s contractors.  CMS does not discuss its rationale for removing these codes at length in the proposed PPS Rule, but it does point out that removing these 170 codes will reduce the average case mix weight for purposes of reimbursement.  For purpose of illustration, an analysis of claims from calendar year 2012 performed with these codes removed demonstrated that the removal of these codes would have resulted in a reduction of average case weight from 1.3517 to 1.3417.  This case-mix reduction will result in reduction in payment to home health agencies.

The proposed PPS Rule also addresses the adoption of ICD-10-CM.  The proposed rule states that the date of compliance for adoption of ICD-10 is October 1, 2014.  This is consistent with the compliance date  announced on September 5, 2012 in the Final Rule on administrative simplification.  This indicates CMS is still planning to implement ICD-10 on schedule and providers should be preparing for the implementation.  CMS also states in the proposed PPS Rule that it plans to post a draft ICD-10 Grouper on their website prior to July 1, 2014.  CMS will share the draft grouper with vendors who have registered as beta testers in advance of posting to their website.  CMS’s intent is to begin testing the grouper prior to rollout to identify significant issues early in the process so as to address these issues prior to the October 1, 2014 compliance deadline.

The most significant change outlined in the proposed PPS Rule is the proposed rebasing of Home Health PPS.  Providers have been waiting for this for several years as the proposed rebasing was called for by Congress as part of the Affordable Care Act (the “ACA”).  The proposed PPS Rule describes in detail the CMS methodology for rebasing the case mix weights for 2014, which determined that case mix weight needs to be reduced by 14% to achieve the rebasing goals.  Because the ACA prohibits CMS from reducing rates by more than 3.5% a year, CMS is proposing a 3.5% reduction per year for the next four years, beginning in 2014.

Although providers were anticipating a change to therapy reimbursement, at this time, CMS has determined it will not take any action regarding therapy payments.  In the prosed rule, CMS states that it is aware of the issues related to therapy utilization reimbursement but that adjusting the way home health PPS factors therapy into the case mix is a complex process that will require more comprehensive analysis and potentially additional structural changes to the home health PPS system.  For these reasons, CMS chose not to address it in this rebasing effort.  However, providers should continue to monitor this as CMS makes it clear they will address therapy payments in a more comprehensive way in the future.

Finally, CMS warns that as more data from 2012 becomes available, CMS will continue to adjust the case mix weights.  This means that in the 2014 final PPS Rule, the case weight adjustment factors may be different than proposed, potentially increasing above 14% depending on the 2012 data.  Although the total “adjustment” could increase, this would simply affect the number of years during which the adjustment continued because ACA prohibits more than a 3.5% reduction in any calendar year.

However, with rebasing and other reductions, CMS calculates that, on average, agencies will see a 1.5% cut in reimbursement this year.  In its financial analysis, CMS notes the effect of rebasing will be to reduce home heath payments by $650 million.  The net effect, after updates, of the Home Health PPS Rule is a reduction in home health payments of $290 million.  This is a staggering cut, especially in light of the cuts home health has undergone each of the last few years.  Providers are once again faced with the likelihood that it will be at least four years before rates may rise.  During this time, it will be extremely important to reduce costs as much as possible.

CMS also discussed low-utilization payment adjustment (“LUPA”) episodes and determined that LUPA visit payments were insufficient to allow providers to recover their expenses from the initial visit.  This was a result of the significant additional amount of time and resources involved in an initial visit.  CMS determined that in order to address this disparity, the LUPA per visit rates must increase by 3.5% for the 2014 calendar year.

CMS proposes to simplify Certification and Survey Provider Enhanced Reports reporting by removing a number of quality measures, reducing the total number of reported quality measures to 79 and the number of process measures to 27.  CMS proposes to reduce the process measures by eliminating the short-term and long-term episodes of care versions of certain measures, which is not anticipated to affect the utility of these measures.

The PPS Rule also outlines payment reform and the home health study and report mandated by the ACA.  CMS has begun the process of preparing data for purposes of preparing its report and recommendations.  CMS indicates that it will have the report completed by the March 1, 2014 deadline.  These findings will be used to develop recommendations on how to revise the current home health PPS system to better account for costs and ensure access to care for beneficiaries.  Providers should be prepared that the resulting recommendations are likely to result in further reductions in payment.

The Home Health PPS Rule addresses allocation of costs related to survey expenses.  CMS expressed a desire for state Medicaid agencies to share the costs for home health surveys as Medicaid agencies benefit from the survey process as much as Medicare.  The primary change in this rule is to make 42 C.F.R. 431.610, which already applies to state survey agencies in regards to nursing facilities and other facilities, applicable to home health agencies.  CMS discusses various ways these costs could be allocated but recommends splitting the costs with the state agencies.  CMS’s primary reason for choosing to simply split the costs is that such a split is a more straightforward economical process when compared to other methodologies that would require determining unique percentages state by state, year by year.

The 2014 proposed Home Health PPS Rule is bringing some of the most sweeping changes the industry has seen to its payment structure in quite some time.  Agencies will need to examine efficiencies that will help improve quality of care and contain costs. 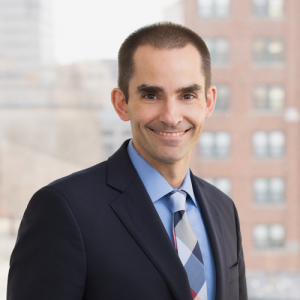