The Drug Enforcement Administration’s (“DEA”) recent actions should serve as a warning to pharmacies and drug distributors.  This week, the DEA announced that it had revoked the DEA Certificates of Registration (“DEA Registration”) for two CVS Caremark Corp. (“CVS”) pharmacies in Sanford, Florida.  As a result, these pharmacies are prohibited from dispensing controlled substances.  The DEA Press Release notes that this is the first time the DEA has revoked the DEA Registration of a pharmacy affiliated with a national pharmacy chain.

Earlier this year, Hall Render issued two alerts regarding the DEA investigation into Cardinal Health’s (“Cardinal”) distribution practices of controlled substances and the eventual settlement reached between Cardinal and the DEA regarding Cardinal’s Lakeland, Florida distribution center’s DEA license.  The DEA had alleged that Cardinal shipped enough oxycodone to the above-referenced two CVS pharmacies to supply a population eight times the size of Sanford’s population.  More about the history and settlement details regarding that case can be found here and here.

Now, the DEA has revoked the DEA Registration for the two pharmacies.  As a result, these pharmacies are prohibited from dispensing controlled substances.  View press release here.

On February 4, 2012, the DEA issued an Immediate Suspension Order (“ISO”) to the two pharmacies due to the DEA’s concern that the pharmacies posed an imminent danger to the public’s safety.  The DEA alleges that the pharmacies dispensed certain controlled substances, including oxycodone, at a rate more than 20 times the retail pharmacy national average.  The ISO prohibited the two pharmacies from dispensing controlled substances pending a judicial proceeding.  After the pharmacies were given the opportunity to contest the DEA’s allegations in front of the Chief Administrative Law Judge (“Judge”), the Judge recommended that the DEA revoke both pharmacies’ DEA Registration.  It appears that DEA Administrator Michele Leonhart considered the Judge’s recommendation and issued this Final Order revoking the pharmacies’ DEA Registration on August 31, 2012, which is effective 30 days after it is published in the Federal Register.  DEA Administrator Leonhart’s reasoning for the decision was filed under seal at the request of CVS lawyers and will not be made public until after CVS recommends to the DEA what company information should remain confidential.

CVS argues in its suit, which challenges the DEA’s initial issuance of the ISOs, that the stores were simply busy stores.  Further, CVS argues that the pharmacies have already stopped filling prescriptions written by the approximately 20 physicians who had been responsible for the highest volume of oxycodone dispensed by the stores and retrained their pharmacists in appropriate dispensing practices.  CVS further argues that the DEA’s expectations were vague and unfair, stating pharmacies are only one part of the drug prescription and distribution system.  The DEA counters that CVS took corrective action only after CVS was served warrants and became aware of the DEA’s investigation.  The decision to revoke the pharmacies’ DEA Registration came one day before the Federal Appeals Court was scheduled to hear oral arguments on the matter.  It is unclear at this time whether CVS will ask the Court to intervene in the DEA’s decision.

This is another step in the DEA’s increased focus on drug distributors and pharmacies regarding prescription drug abuse.  The Centers for Disease Control and Prevention has stated that prescription drug overdoses are at epidemic levels and result in more deaths than any other type of drug, causing more deaths than both heroin and cocaine combined.  View press release here.

Pharmacies and distributors should continue to develop and update their compliance programs in light of this heightened enforcement environment.  Specifically, they should consider performing a risk assessment related to this matter and take corrective action, if appropriate.

As certain court documents are still sealed and CVS’s case against the DEA has yet to be resolved, Hall Render will continue to monitor this matter and update this article as appropriate. 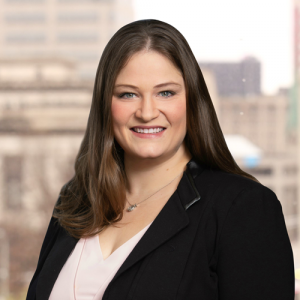