On February 14, 2012, the Centers for Medicare and Medicaid Services (“CMS”) issued a highly anticipated Proposed Rule (“Proposed Rule”) discussing the implementation of the overpayment reporting and repayment provisions in the Patient Protection and Affordable Care Act (“PPACA”).  The Proposed Rule attempts to address several of the ambiguities in the statute, including the timeline for returning overpayments.  In addition, the Proposed Rule propounds a 10-year look back period for reporting and returning identified overpayments and discusses the intersection between the overpayment obligations and existing CMS and Office of Inspector General (“OIG”) self-disclosure protocols.

The Proposed Rule would apply only to Medicare Part A and Part B providers and suppliers.  CMS plans to issue further guidance for other stakeholders, including Medicare Advantage Plans, Medicaid managed care organizations and Prescription Drug Plans.  The Proposed Rule can be found at:
http://www.gpo.gov/fdsys/pkg/FR-2012-02-16/pdf/2012-3642.pdf

Section 6402 of PPACA broadly outlined the requirement that health care entities report and return overpayments to the Secretary, the State, an intermediary, a carrier or a contractor, as appropriate.  The entity must submit a written notification providing the reason for the overpayment, and the overpayment must be reported and returned within 60 days “after the date on which the overpayment was identified or the date any corresponding cost report is due, if applicable.”  Failure to meet the deadline for returning an overpayment exposes that person to civil monetary penalties under the federal False Claims Act (“FCA”).

The language in PPACA caused significant concern and confusion in the health care industry as providers and suppliers scrambled to interpret when the repayment obligations would apply and the timeline for returning overpayments.

The Proposed Rule adopts the definition of overpayment used in PPACA, “…any funds that a person receives or retains under [Medicare]…to which the person, after applicable reconciliation, is not entitled.”  CMS provides a number of examples of overpayments, including Medicare payments for non-covered services, Medicare payments in excess of the allowable amount for an identified covered service and errors and non-reimbursable expenditures in cost reports.

Although the term “applicable reconciliation” is not defined, the Proposed Rule advises that a person has “identified” an overpayment if the person has actual knowledge of the existence of the overpayment or acts in reckless disregard or deliberate ignorance of the overpayment.  This standard requires providers and suppliers to exercise reasonable diligence to determine whether an overpayment exists and to conduct a “reasonable inquiry” when the provider or supplier receives information concerning a potential overpayment.  CMS specifically mentions the need for providers and suppliers to conduct self-audits, compliance checks and other additional research for this purpose.  In addition, when the provider or supplier has received information concerning a potential overpayment, the failure to make a reasonable inquiry, including “failure to conduct such inquiry with all deliberate speed after obtaining the information,” could result in the provider knowingly retaining an overpayment under the FCA.

For example, a provider that identifies a payment record and learns that it incorrectly coded certain services, resulting in increased reimbursement, may need to perform an investigation to determine the parameters and magnitude of the potential overpayment.  This review often requires the provider to conduct regulatory analysis, perform multiple claims reviews and extrapolate the findings to determine the amount of the overpayment.  The Proposed Rule does not address whether these steps, necessary to identify the extent of the overpayment, would be considered part of the “reasonable inquiry” or whether the 60-day period would begin to run when the first incorrectly coded service was identified.

CMS also proposed that providers and suppliers report and repay any overpayment identified within 10 years of the date the overpayment was received.  This period is based on the outer limit of the statute of limitations in the FCA and will likely be the subject of much commentary on the Proposed Rule.

CMS acknowledges that these overpayment reporting and repayment obligations overlap with the procedures to self-disclose actual or potential violations of the Stark Law to CMS and potential fraud to the OIG.  CMS suggested that providers or suppliers that report to CMS may still be obligated to report the overpayment using the process described in the Proposed Rule.  It will be interesting to see how CMS seeks to clarify in the Final Rule the inter-relationship between these multiple reporting processes.

While the proposed rule addresses some of the important issues raised by the language in PPACA, a number of other issues surrounding the reporting and repaying of overpayments remain unresolved.  For example, instances in which Medicare’s Recovery Audit Contractors seek to recoup payments related to claims that the provider previously voluntarily refunded to the applicable Medicare contractor are not addressed in the Proposed Rule.

CMS will consider comments and issue a Final Rule at some point in the future.  In the meantime, it remains important for Medicare providers and suppliers to continue to work diligently to perform a review once a potential billing error has been discovered, and to return the overpayment as soon as possible (but in no event more than 60 days) after the amount of the overpayment is calculated.

If you have any questions regarding the reporting and refund obligations under PPACA, please contact Scott W. Taebel at staebel@hallrender.com, Lori A. Wink at lwink@hallrender.com, Regan E. Tankersley at rtankersley@hallrender.com, Benjamin C. Fee  at bfee@hallrender.com or your regular Hall Render attorney. 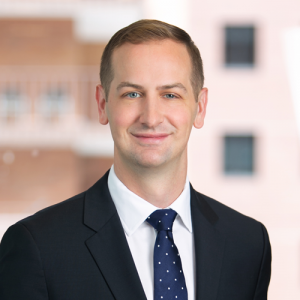