This Health Care Tax News article is Part IV in a series addressing recent changes to IRS Form 990 and its Instructions.  The previous installments addressed changes to the Core Form, Schedule H and Schedule J.

As part of the January 21, 2012 release of the 2011 Form 990, the IRS also made updates to Schedule K, Supplemental Information on Tax-Exempt Bonds.  These changes, to both the form itself and the related Instructions, provide both clarification to existing questions as well as additional inquiries for reporting organizations regarding the regularity of management and research contract reviews and the existence of post-issuance compliance procedures.

Changes in the 2011 Schedule K

Parts I and II:

In earlier revisions to the Instructions for the 2010 Schedule K, the IRS made it clear that the existing question regarding whether the filing organization “routinely” engages bond counsel or other outside counsel to review any management or research contracts should be answered with respect to the tax year applicable to the filing.  This change was notable because most reporting organizations seemed to be answering this question generally, relying heavily on a favorable definition of “routinely” in order to answer in the affirmative.  The 2011 version of the form splits the old “Line 3c” into two new line items.  The first (Line 3b) asks specifically whether management/service contracts have been reviewed.  The second (Line 3d) asks about research arrangements.  Instructions for both new questions retain the specific reference to the 12-month reporting period.  The IRS is making it very clear that it is interested in knowing, for each tax year, whether a filing organization has had outside counsel review BOTH its management contracts AND its research agreements.

In the 2011 draft version of Schedule K, the IRS had deleted the original Line 7 of Part III, which asked whether an organization had adopted practices and procedures to ensure post-issuance compliance of its tax-exempt bonds.  The IRS replaced the question with a new question specifically asking about the establishment of written procedures related to the remediation provisions in the regulations (established to provide organizations with a way to address violations of the tax rules) and further added a question to Part IV of the form asking specifically about the existence of procedures to ensure compliance with the arbitrage restrictions under section 148.  These questions were nearly identical to questions recently added to the Forms 8038 and 8038-G (filed for new bond issues upon issuance).  When coupled with the new Schedule K changes, it is apparent that the IRS is attempting to obtain the same information for previously issued bonds.  For reasons that the IRS has yet to explain, the final version of the 2011 Schedule K retains the previously existing Line 7, Part III question regarding the existence of post-issuance compliance procedures but expands the scope of “post-issuance compliance” to include private business use, arbitrage and “other applicable tax law.”

Finally, the definitions section of the 2011 Instructions includes revised language under the “Special rules for refunding of pre-2003 issues,” which makes it clear that an organization reporting a refunding bond issue that was issued after 2003 to refund a pre-2003 bond must still respond to the question on Line 7 of Part III (regarding the existence of post-issuance compliance procedures).  The prior version of the Instructions permitted such a reporting organization to skip Part III in its entirety.

The final version of the 2011 Schedule K contains no revisions to Part IV.  However, as previously stated, filing organizations should be aware that the Instructions to Part III now make it clear that the IRS wants to know whether an organization has adopted procedures to ensure compliance with the arbitrage rules of Internal Revenue Code Section 148.

The IRS created a new section for Schedule K titled “Procedures To Undertake Corrective Action.” The Instructions for the new Part V explain that the remediation provisions may not cover all violations, and in those cases, an organization may request a voluntary closing agreement under the Voluntary Closing Agreement Program (“VCAP”). Filers are asked whether the organization has established written procedures to ensure violations are timely identified and corrected through VCAP if self-remediation is not available under the regulations.

While the 2011 changes to Schedule K do not appear substantial, reporting organizations are cautioned to pay close attention to revisions to the 2011 Form 990’s Instructions and to give some consideration to the potential motives behind the changes that were made. The IRS made several announcements in October 2011 as to its intent to audit certain bond issues based on reviews of Schedule K filings.  The IRS will be devoting more resources to Schedule K than in past years and anticipates that it will be able to better target issuers for audit.  The 2011 changes make clear that the IRS expects reporting organizations to establish practices and procedures to ensure post-issuance compliance of their tax-exempt bond liabilities.  These procedures should apparently include, but should not be limited to, routine reviews of management and research contracts by outside counsel, and should ensure that any violations of the related tax law can be timely addressed under the remediation provision of the regulations or VCAP. 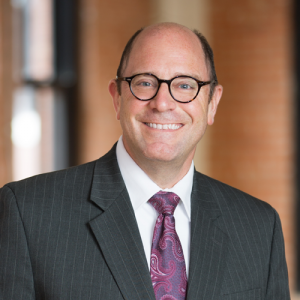