On August 1, 2011, the Centers for Medicare & Medicaid Services (CMS) published the Federal Fiscal Year (FFY) 2012 Final Rule for Inpatient Prospective Payment System (IPPS) and the Long-term Care Hospital Prospective Payment System on its website. For FFY 2012, Providers will receive a net total increase of 1% to the standardized amount.  This net increase is the compilation of a 1.9% base increase, a -2.0% adjustment for documentation and coding changes and a positive 1.1% adjustment for all acute-care hospitals to negate the misapplication of a budget neutrality adjustment over a period of eight years.  Following is a summary of the highlights of the Final Rule.

CMS finalized a 1.1% payment adjustment purportedly to negate the effect of CMS’s misapplication, between FFYs 1999-2006, of the Rural Floor Budget Neutrality Adjustment, created in the Balanced Budget Act of 1997.  This misapplication is still being litigated inCape Cod v. Sebelius, 630 F.3d 203 (D.C. Cir. 2011).

Effective October 1, 2011, CMS has identified a new HAC for Contrast-Induced Acute Kidney Injury.  There is no corresponding MS-DRG code, but the HAC will be identified with diagnosis code 584.9 combined with the use of an assortment of procedure codes.  Additionally, CMS is adding new diagnosis codes for the following categories of HACs: Falls and Trauma; Surgical Site Infection Following Certain Bariatric Procedures; Deep Vein Thrombosis; and Pulmonary Embolism.

Furthermore, prior to January 1, 2011, discharges received an MS-DRG determination for IPPS payment based upon the principal diagnosis, up to eight secondary diagnoses and up to six procedures performed during the hospitalization.  However, CMS can now process up to 25 diagnosis codes and 25 procedure codes if claims are submitted on the 5010 format.

Changes to the Hospital Wage Index

The most significant change to the calculation of the FFY 2012 hospital wage index is the calculation of pension expense for defined benefit pension plans.  CMS has wavered on its position over time; currently, the Provider Reimbursement Manual requires pension expense to be calculated according to the Employee Retirement Income Security Act of 1974 (ERISA), even if the hospital is not subject to ERISA.  However, recent statutory changes to ERISA result in there being no standard actuarial basis used by ERISA and non-ERISA plans.

In the Proposed Rule, CMS set forth potential guidelines that have no reliance on actuarial assumptions.  The FFY 2012 Final Rule carries forward two general concepts from previous policies.  First, pension costs must be funded in order to be claimed as a labor-related expense for wage data purposes; and second, pension contributions must be funded on a cash basis during the reporting period.

In hopes of limiting the volatility stemming from the timing of cash contributions, CMS also included a new policy requiring funding determination to be based upon a rolling three-year funding average. The three-year snapshot will include the Provider data used for the applicable wage index (for FFY 2012, CMS will review data during cost reporting periods that began during FFY 2008), as well as the data for the preceding and following years (FFY 2007 and FFY 2009).  CMS acknowledged that the actual funding amounts may not necessarily appear on a hospital’s cost report in the period in which the contributions are made; and thus, going forward, the agency is examining the need to revise the cost report to include such information.  In the meanwhile, in cases in which a hospital’s cost report fails to include documentation of its pension contributions during the three-year snapshot period, the hospital will need to seek this information from accounting records, a pension trustee or IRS Form 5500.

CMS declined to follow Generally Accepted Accounting Principles (GAAP) for the pension expense accounting, citing different versions of GAAP, as well as the uncertainty of the future of GAAP.

In furtherance of the recently finalized Value-based Purchasing (VBP) program, CMS continues to make strides towards efficiency and quality through the continued implementation of the Hospital Inpatient Quality Reporting (IQR).  This program will be endorsed by the entity holding a contract with the Department of Health and Human Services under Section 1890(a) of the Social Security Act, and that entity is currently the National Quality Forum (NQF).  The proposed quality measures will be available to the public for evaluation and comment on the Hospital Compare website, which is also used for the VBP program.  CMS is focused on aligning the reporting requirements for the VBP and the IQR programs to lessen hospitals’ administrative burdens.  Additionally, CMS continues to seek ways to use Electronic Health Records (EHRs) for the IQR reporting in an effort to encourage hospitals to seek the EHR incentives available under the the Health Information Technology for Economic and Clinical Health (HITECH) Act.

Furthermore, hospitals who are prevented from timely submitting data due to extraordinary circumstances (i.e., natural disasters), can receive a waiver of the IQR reporting requirements.  However, hospitals must now request such a waiver within 30 days of the extraordinary event (previous standard was 45 days).

Acute Myocardial Infarction, Heart Failure and Pneumonia have been selected as the first conditions for the Hospital Readmissions Reduction Program, currently set to begin in FFY 2013.  Some additional details of the program were made available in this year’s Final Rule.  NQF measures will be the standard readmission criteria used by the program.  “Readmission” will be defined as occurring when a patient is discharged from an acute care hospital and is then readmitted to that hospital or another acute care hospital within 30 days of the initial discharge.  Hospitals will be required to report the readmission information on the Hospital Compare website.  The Hospital Readmissions Reduction Program payment adjustment will be calculated using Medicare claims data for the fee-for-service population over the age of 65, spanning between July 1, 2008 and June 30, 2011.

The different, more lenient standard to qualify for the low-volume payment adjustment continues for FFY 2012, pursuant to the Affordable Care Act.  A hospital will qualify for the adjustment if it is 15 road miles from the nearest facility and has fewer than 1,600 discharges (the regular standard requires a hospital to be 25 road miles from the nearest hospital and have fewer than 800 discharges).

CMS finalized new DSH and IME policies to exclude patient days associated with patients receiving inpatient hospice services in an inpatient hospital setting from both the Medicare and the Medicaid fractions of the disproportionate patient percentage as well as the IME payment adjustment.  However, days upon which hospice patients receive inpatient acute care services will be included for purposes of DSH and IME.

As required by the Affordable Care Act, LTCHs will be required to submit quality data beginning in FFY 2013 as a condition for receiving the full market basket update for FFY 2014. 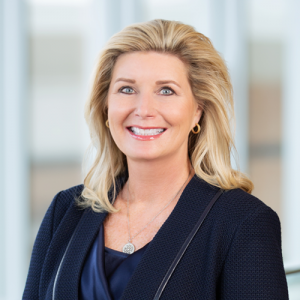 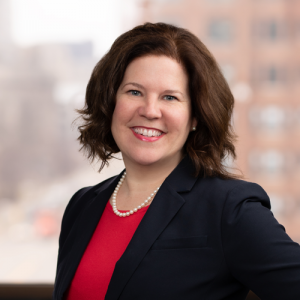